Opposition negotiators trying to spare the area what happened in other areas, like Daraya and Moadamiya, especially given that the regime is trying to take control of the southern countryside of Damascus 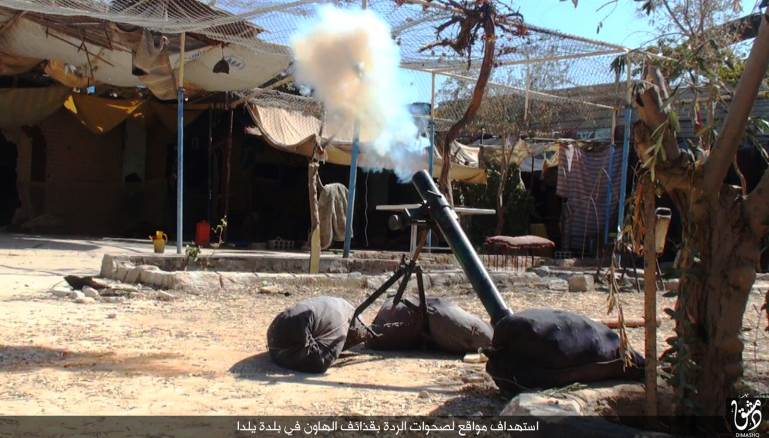 Secret meetings have been held between representatives of the political committee for southern Damascus and the Assad regime to discuss a truce in the southern outskirts of the capital and to rid the area of the Islamic State group which controls broad areas of the Yarmouk camp, Al-Hajar al-Aswad and Tadamon.

The delegation also includes an official from the sharia bureau in Jaish al-Islam (Army of Islam), Abou Baseer, who is from the city of Zabadani and is highly influential in the area, and likewise the leader of Liwa Sham al-Rasoul, Abou Ammar. The meetings were also attended by Abdullah al-Hariri, known as Abou al-Hukum al-Jolani, representing the Jaish al-Ababeel, which is militarily part of the FSA-linked Southern Front in Daraa province, with most of its leaders from Daraa and Quneitra, and deployed along the Tadamon-Yelda front, with about 200 fighters.

According to the source, the first meeting took place last Wednesday, bringing together representatives of southern Damascus with the head of the “patrols branch,” Colonel al-Zamrini, the official responsible for the national reconciliations in the towns of Yelda and Bebila. The meeting was introductory and aimed for future rounds of dialogue, however, Abou Baseer said ISIS must leave the area in order to advance in the negotiations.

Muattasim al-Damashqi, one of those familiar with the negotiations, told al-Modon that a new meeting was held last Monday, bringing together the committee with a lower-ranking officer than Colonel Zamrini, with the changing of some names of the delegation representing the council for security reasons. Abou Baseer was unable to attend and send in his place a leader in the Jaish al-Islam groups in the town of Yelda, Abou Malak al-Zeebiq. Abou Assaf was likewise absent, and Abou Ammar, in whose place attended Abou Islam, a leader of the Liwa Sham al-Rasoul group.

Damashqi said that the fundamentals that the political committee had insisted on were a rejection of the forced displacement of residents as had happened in Daraya and Moadamiya, and a rejection of the withdrawal from the areas under its control of the Free Syrian Army factions, as “the negotiators will resort to the Hemeimeem base if their discussions fail with the regime, considering the direct relationship which brings together Russian officers and sheikhs Taweel and Khateeb, who have visited the base before. Visiting the Hemeimeem base has the aim of getting rid of the regime’s pressure if the talks fail, and stop the expansion of Iranian influence in areas of the capital.”

The political committee in southern Damascus issued a statement in which it noted that it had held one meeting, on Monday, with the Syrian government in Damascus, and it “had held discussions of issues which concern the area, and will be followed by future meetings,” while the negotiating bodies from the government will study this proposal.

The activist Adam al-Shami told al-Modon that the political committees was trying to spare the area what happened in other areas, especially given that the regime is trying to take control of the southern countryside of Damascus — and this is what it was now doing in Khan al-Sheikh. After the fighters left the western countryside, the citizens of the area know that the coming compromise is inevitable.

On the other hand, traders and civilians are trying to prepare themselves for scenarios similar to their neighbors in the western Damascus countryside, demonstrated by some traders clearing out their goods, and raising property prices 300 percent compared to before the Qadissiya and Moadamiya deals.

Shami described the basic objectives of the negotiations as “disastrous,” even though the direct aim is getting ISIS out of the area. He explained, saying: “ISIS is a barrier between the Free Syrian Army in Babila and Beit Saham and nearby areas and regime forces. The demise of the group will lead to the regime nearing the southern areas, and it will work to blockade the areas to force its people into displacement. Its fate will be like the fate of other areas where people have been forcibly displaced before, and the way will be clear for the regime to the eastern Ghouta.”

It seems that the demand of the political committee has begun to be achieved, with reports about the departure of the previous ISIS commander, Abou Seyyah Farama, to the Bir al-Qassab area. Other leaders from ISIS have also left, after securing their families with regime buses, which crossed the Al-Qadam checkpoint to areas under ISIS control on the outskirts of the eastern Ghouta.