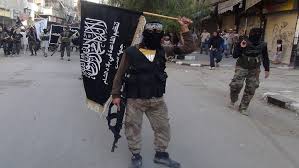 Wiping away her tears with a trembling hand, Shahd hurried away from the university campus. As soon as she got back home, the 19-year-old burst into tears again.

“Rijal al-Hisbah [the so-called religious police] prevented us from entering the university and told us that we looked like sinners,” she told her shocked mother.

Shahd, a first year chemistry student, examined herself once more in her bedroom mirror.

Her plain white shawl completely covered her head and a navy manteau or long coat was loosely wrapped over her body. The outfit was accessorised with blue trainers and a blue leather backpack. Shahd wore no make-up or elaborate jewelry.

“I’m a sinner?” she said sarcastically.

Female students at the Free Idleb University are reporting being verbally abused and banned from class after being accused of not adhering to the standards of Islamic dress.

Some 5,000 male and female students attend the university, established by an administrative decision in February 2015 and yet to win any official international accreditation.

The institution was set up after Jaish al-Fatah, a loose alliance of rebel forces, broke regime control of the area, and is supported by the city administration as well as student fees of between of 100 and 200 US dollars.

On January 2, 2016 the university’s administration issued a notice stating that “sisters” at Free Idleb University should wear Sharia clothing. The statement threatened to “prevent those who do not wear Islamic dress from entering the university and doing exams.”

Farah, a second-year Arabic literature student, recounted how the Rijal al-Hisbah had “prevented me from entering the university under the pretext of not wearing an abaya [a robe-like over-garment] even though I was wearing a long, flowing manteau.”

Worried about the increasing demands of the religious police, Farah said she would stop attending university if she was forced to wear a face veil.

Female lecturers have also been targeted by the Islamic authorities.

Samiha, a teacher in the physics department of Free Idleb University, said she had been prevented from entering campus by a warden.

When she pointed out that she was already wearing an abaya, she was told, “If the teachers are wearing makeup then we cannot blame the students.”

Male and female students were segregated by university authorities some nine months after the institution began operating.

Iman, a second year management student, recalled how classes had been suddenly suspended for a week while the university administration held meetings with the city authorities and Jaish al-Fatah.

The latter reportedly told the administration that it must separate male and female students or else classes would be stopped.

“They really did separate us,” Iman continued. “They separated us from the guys and now we live in our own girls’ planet.”

Some undergraduates support the decision to segregate the sexes.

Ahmad, a fourth year mathematics student, said he was afraid of committing a sin if he was unable to prevent himself from looking at female students.

“I feel more comfortable with no male students around and this was the most important reason which encouraged my parents to register me at university and bear the burden of paying for tuition,” she said.

Others argue that the decision was counter-productive.

Hasnaa, a teacher in the mathematics department, recalled having to enter the university during the male students’ study schedule.

“I was scared, I was the only female in a man’s world,” she said. “The guys’ looks weren’t normal. I was harassed by one of the students while entering and I could not say even one word for fear of the consequences.”

Hassan, a third-year management student, agreed that male students were harassing their female counterparts even more following the decision to separate them.

“What is forbidden is always desirable,” he said, adding, “Can they separate us on WhatsApp and Facebook as well?”

Although Free Idleb University developed new majors such as chemistry, pharmacy and others, it also moved to prevent female students from studying specific subjects such as civil and mechanical engineering and even from entering the medical institute in emergencies. Only female students can be admitted to the midwifery institute.

The university administration also merged the faculties of law and of Islamic Sharia, while making a “principles of faith” course that covered Islamic doctrine and jurisprudence compulsory for all students.

Opinion was also divided about this move. Afraa, a second-year education student, said, “It is taught by an Egyptian immigrant who doesn’t stop shouting at us and telling us we lack knowledge in religion.”

Hassan, a third-year management student, said he appreciated the chance to learn about the principles of his religion which, according to him, was considered a “crime” in the regime’s time.

However Iyad, a first-year medical student, said it was wrong to impose a specific ideology in the field of education.

“Jaish al-Fatah replaced a national culture course, which the regime had forcibly imposed, with a principles of faith course,” he said. “The faces and names have changed but their policy is the same.”

For now, students are trying to make the most of their opportunity to study.

Shahd has begun wearing the abaya her father bought her, fearing his daughter would be harassed by the Sharia authorities and he himself would be called in for questioning by the Rijal al-Hisbah.

Shahd isn’t happy about wearing the abaya but is resigned to her fate.

“It is the strong one who controls the weak,” she said.

Each day as she goes to university now, she noted, she had to pass a slogan reading, “Sister, do not pull up your abaya to reveal your charms, be chaste and fear God.”

This feature story is republished at The Syrian Observer with a special agreement with Damascus Bureau.