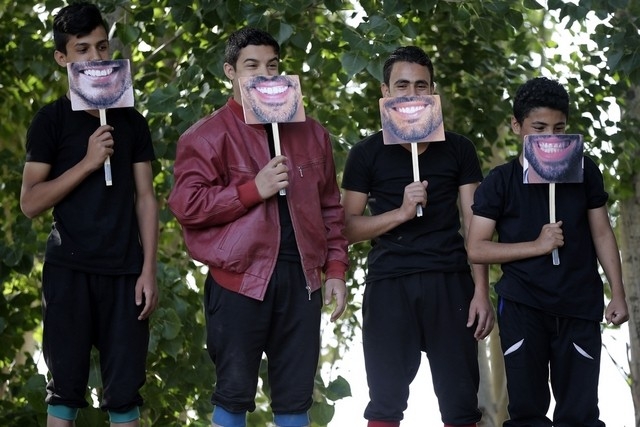 An education project funded by the European Union and UNICEF has developed a travelling “mobile theater” which will collect and exhibit stories about the suffering and dreams of Syrian refugees in Lebanon.

The team behind The Caravan project has spent a month and a half in Lebanon’s Bekaa Valley working with more than 200 people aged between 20-80 in refugee camps.

Stories of love, death, dreams, reality, humiliation and other memories of refugees and their hopes for a better future were recorded during the project.

Sabin Choukair, who manages the project, said it “aims to deliver the real stories of refugees and displaced, their hopes and sufferings in a way different from the media and news which show them as numbers only,” she explained to Zaman al-Wasl.

Choukair detailed that the project is an interactive “street play” through which performers try to interview refugees and engage them in shows, in order to have a chance to discuss many sensitive issues among Syrians and Lebanese.

The Caravan uses the street as a creative and entertaining tool to encourage parents and children to think about the importance of teaching and education for children, she added, as well as telling them about ways to register their children in schools for the current academic year, as part of UNICEF’s campaign to ensure children return to school.