During its time in control of Deir-ez-Zor, ISIS has tried to manage internet cafes by controlling their work and recording users' details, but users like traders and exchangers have remained largely outside the control of the group’s monitoring bodies 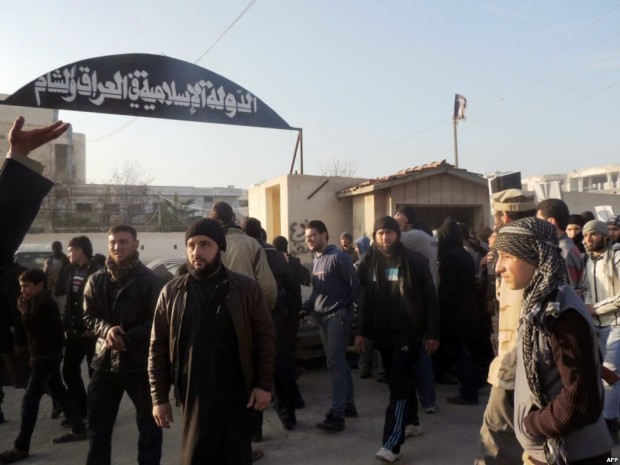 In the Islamic State-controlled city of Deir-ez-Zor and its countryside, how does the group set up its satellite internet, the one means remaining to the people to communicate with the outside world? How does the group benefit in maintaining access and what does it fear?

During its time administering the province, ISIS has tried to clamp down on the Deir-ez-Zor’s internet cafes by issuing a series of tight regulations including the recording of users’ identities. But for money traders and exchangers, the internet has largely remained outside the control of the group’s monitoring bodies.

Midway through last year ISIS began a series of measures to close Deir-ez-Zor’s internet cafes and prevent owners from reopening them, with the city losing access to internet services for about a year, only to regain it a number of months ago. Initially the measures were designed to prohibit wifi routers but expanded to include a list containing the names of cafe-goers and the spreading of rumors that the organization had equipment, technicians and programs which could monitor the users’ conversations and recover deleted chats.

Many of the traders, money changers and transfer offices employ satellite internet devices in their work importing goods, exchanging money and connecting to the external market. According to one of the owners of a transfer office in the eastern Deir-ez-Zor countryside, the average remittances in a single office in his area reached 50 million Syrian pounds a month.

In response, ISIS has tried to tackle the issue through the founding of an economic bureau which was opened last July in the city of Al-Mayadin. The office advised the group to require traders with internet equipment to obtain a six-month license for their devices, granted to businesses after signing a pledge to only access the internet from registered devices. Breaking the pledge is punishable by prison and a fine of $10,000, as well as terminating the license and closing the office.

Traders know that they are monitored by ISIS informants who enter into instant messaging groups on WhatsApp relating to financial and general commercial dealings. These messaging groups streamline the paying of bills, capturing remittances, exchanging currency and bringing in goods from abroad.

The circumstances regarding ISIS' loss of territory and its need for funding have pushed it to step up and clamp down on the owners of internet equipment. Since the opening of the economic bureau, or in parallel with it, ISIS has blockaded the spread of internet cafes so that only one remains for each city or village, according to testimonies. ISIS security agencies also deploy special patrols to the internet cafes where they demand that the customers leave their devices on the tables in front of them so patrol members can search their conversations.

Local sources have recently discussed the group’s arrest of money changers in the city of Al-Ashara on charges of expired licenses. Offices were closed and traders arrested after being beaten in front of passersby in the street.

The internet falls between ISIS’ need to promote itself and for its members to communicate with their families and its finances on one hand, and its fear that it can be used as a weapon against it on the other.