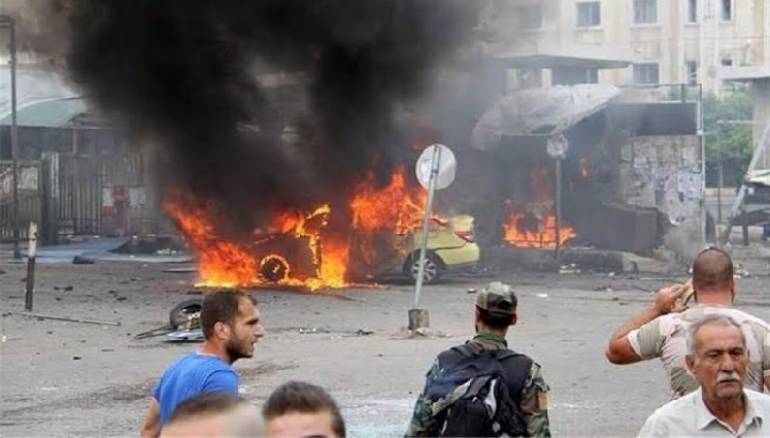 2016 was the hardest year for Syria’s coastal cities since the beginning of the revolution.

Problems varied from a lack of security and the spread of lawless shabeeha groups, as well as a lack of public services like electricity, water and fuel, alongside soaring consumer prices.

Armed individuals and gangs committed violations such as killings, abductions and looting, as well as bullying and humiliating residents, even those loyal to the regime.

The weakness of the state security forces had helped facilitate terrorist bombings in Tartous city, resulting in the killing of dozens. While other minor explosions took place in neighborhoods of Ramil Shamali and the Tishrin district of Lattakia, as well as the Karnak neighborhood and national highway in Tartous.

Widespread lawlessness also saw an increase in murder cases, whether for looting or for revenge. While young women and the rich were abducted for ransom.

Activist Mohammed al-Sahili mentioned that the state of corruption in Lattakia’s justice system was widespread, and included cases of bribery and unfair verdicts.

The coastal area’s forests suffered unprecedented fires lasting for days, forcing some residents to evacuate their houses near Qardaha, the hometown of President Bashar al-Assad.

Journalists and social media sites loyal to the regime said that fire brigades had deliberately delayed extinguishing the blaze. Some mentioned that fire was an intentional act committed by shabeeha groups and others who wanted to clear the area from trees to sell it to wealthy traders from Aleppo.

Residents in the coastal area suffered due to a lack of fuel for vehicles and gas for cooking, as the regime reduced their ration from 14,000 cylinders to only 8,000.

Rationing electricity was hard for many to endure, as residents faced six hours of blackouts for every hour of power. The government justified the blackouts citing a lack of fuel or the targeting of power stations by terrorists.

Prices soared due to the drop in the Syrian pound’s exchange rate against the US dollar, putting strain on the lives of those with fixed incomes and salaries who struggled to cover their living needs.

Rotten and expired food also spread widely in the coastal areas, especially Lattakia city, but residents had no option but to consume the produce because of its affordability.

In regard to medicine, unregulated and expired drugs spread throughout pharmacies, most of it smuggled by shabeeha and members of different regime forces.

It is estimated that between 7,000 and 10,000 soldiers and members of National Defense Forces and other loyalist forces were killed in 2016, most of them in the battles of Aleppo, Hama and the countryside of Lattakia.