The announcement of a new army formed from the powerful Ahrar al-Sham group is seen by some members as proof of division within its ranks, despite assurances that the new faction will remain integrated 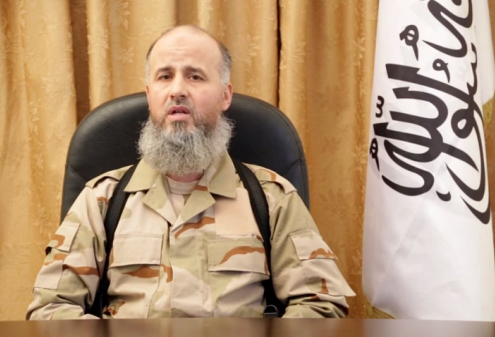 Days ago, 16 brigades and battalions from the Ahrar al-Sham movement announced they were merging to form Jaish al-Ahrar, naming the former head of the movement, Hashem al-Sheikh (Abou Jaber), its leader. In a statement, the group attributed the move to its eagerness to “unite the ranks in the Ahrar al-Sham Islamic movement and increase military effectiveness in the field.”

Alongside Abou Jaber, those who stand behind the new formation include both the former military commander of the movement, Abou Saleh Tahan, the judge Abou Mohamed al-Sadiq, and the former border security commander, Abou Khazeema. The four belong to the movement’s shura council and had, alongside four other council members, suspended their work there “after reaching a roadblock to solve the crises which have been accumulating for over a year,” according to the statement issued by them in the final days of last month following their failure to appoint Abou Jaber as the movement’s leader, compared with the votes of thirteen shura council members for Ali al-Omar (Abou Ammar), the former deputy leader.

Despite assuring that it will remain within the body of the movement, according to the statement on the group’s foundation, Jaish al-Ahrar has been met with widespread rejection within it, and several influential judges and leaders inside and outside Ahrar al-Sham considered it proof of a new division in the ranks. Twelve prominent sheikhs in the movement, including Abou Baseer al-Tartousi, Ali al-Arjani, and Ayman Haroush, said in a joint statement: “We condemn, disavow and forbid what some of the brothers in the Ahrar al-Sham movement have proceeded to do in forming a group within it, bypassing their system and their emir, and rejecting and breaking their oath of allegiance.” This pushed some brigades which belong to the new army to announce they were withdrawing from it and follow the leadership of the movement as represented by the new emir.

The number of individuals — distributed widely throughout the brigades and battalions formed for Jaish al-Ahrar — are about 1,500-2,000, which is a small number compared to the total sum of fighters in the movement, which exceeds 24,000, according to observers. Among the brigades and battalions which joined the army, it seemed that the artillery and rocket battalion, the reserve artillery battalion, and the armored battalion were the most important formations within it, given they hold of most of the heavy weapons which the movement possesses, which could mean depriving the movement of most of these weapons in the event these formations fully defect. However, these weapons are distributed among subsidiary brigades of the three battalions, and these brigades are spread across a number of fronts in Aleppo, Lattakia, Idleb and Hama provinces, weakening the unified stance toward the current formation, leaving the decision whether to go with the defecting mother battalions or return to the elected leadership in the hands of the direct leaders of these brigades, who are motivated by local conditions and the operational needs of their brigades before any other motive.