Souriatna speaks to women who have been forced to remain inside Turkey indefinitely, often with children and without an income, while their applications for reunification with husbands and fiances are reviewed by European governments 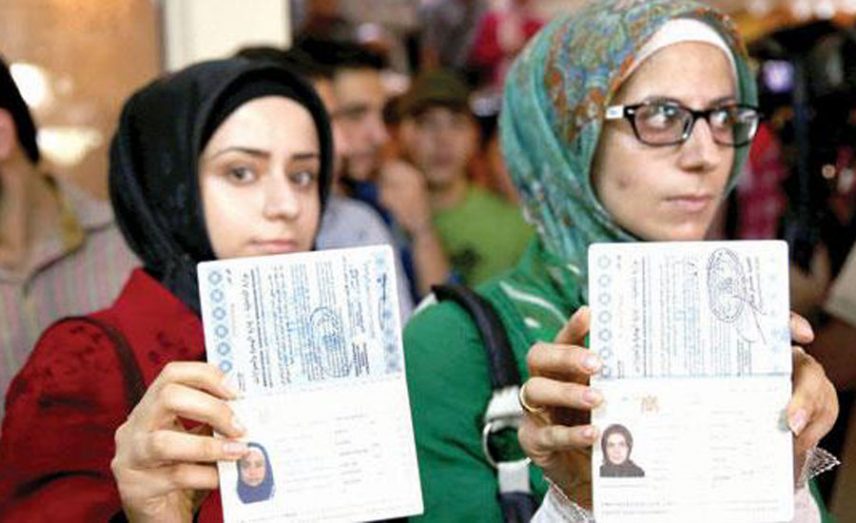 At first the news made Souad joyful. She thought that her long wait had ended. Only a few more days and she would go to her husband, after receiving a date for her family reunification interview at the German embassy in Istanbul.

She packed her belongings and entered Turkey through an illegal route, but after the interview Souad was surprised to find that her wait before she would go to Germany could be delayed another two or three months.

Souad told Souriatna: "I went to one of my relatives and stayed with him for a few days, thinking that I would be going to my husband days after the interview. But I was shocked to find out that it would last months. After that, my husband got together enough (money) so that I could rent a house for me and my three children. But the situation is not stable at all, especially given that I don't know anyone and the language is a very tough problem. There are a lot of other Syrian women waiting like me."

The increasing prices and cost of living have prevented many Syrian women from being able to secure finances for living while waiting for reunification papers to be processed. This has pushed many to work in hospitality and in cleaning homes to earn a living. Om Hassan, who has lived in Gaziantep for years, said that she had encountered many Syrian women who were heading to the city to live temporarily while waiting to travel to Germany.

In comparison, before Syrian families enter Turkey to conduct the screening interview, they encounter difficulties in entering officially through the Bab al-Hawa crossing in the country’s south. The families have papers confirming the date and time of the interview screening — however, the crossing administration prevents them from entering in these cases.

A member of the Free Syrian Lawyers Association, Hossam al-Sarhan, told Souriatna that "The embassy that sets the date for interviews with Syrian famils should inform the Turkish Foreign Ministry of the names and date of the interview, and then the Foreign Ministry should send a message to the Turkish Interior Ministry, which administers the crossing, to allow people to come in for the interview."

These families must pay huge sums of money to enter through smuggling, with some brokers organizing it at the border at a cost of up to $2,000.

A few days ago, Souriatna spoke with one of the brokers who said that bringing in a woman and her child costs $2,000 and that the entry happens within just an hour. This sort of case is repeated daily, as there are still hundreds of families at the border facing harsh conditions.

Joy sometimes turns to tragedy, like in cases where "brides" are killed during their attempts to cross after falling prey to the brokers.

In the same context, the activist Mahmoud al-Ahmed said: "Dozens of women have crossed the border through smugglers toward Turkey after their husbands or fiances have left the country. But luck was not with Amira Dawar, 18 years old, who was shot by Turkish border guards while trying to cross into Turkey with the aim of marrying a relative two weeks ago."

Ahmed said that the woman was trying to cross the border through an illegal crossing between the city of Ras al-Ain in Hassakeh province and Salouk in northeastern Raqqa at the start of the year. “She was killed along with the brother of her fiance, Abdullah, who was from the village of Maqran southwest of Ras al-Ain. A week after they were killed, they were found near the border.”