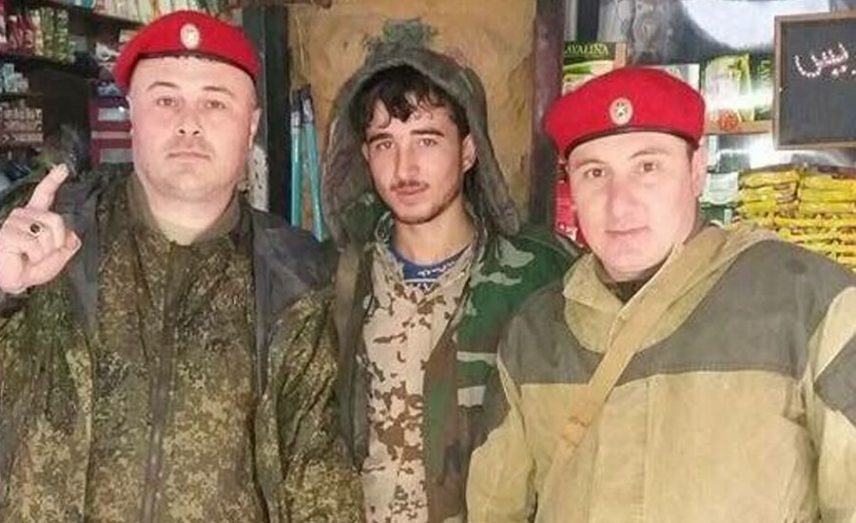 After the battle for Aleppo at the end of last year, which resulted in regime control — with clear Russian backing — over the entire city, the Russian Defense Ministry sent Chechen police forces to secure the eastern districts of the city after its residents were expelled. What is their history? Why Chechens and not Russians? And will their mission succeed?

A Russian Defense Ministry Tu-154 transport plane which crashed on Dec. 25, 2016 into the Black Sea travelling from southern Russia was carrying the Alexandrov Ensemble to join Russian soldiers in Syria in celebration of the new year. It was carrying Lt. Gen. Vladimir Ivanovsky who had been head of the military academy in St. Petersburg before being appointed head of the Russian military police last August.

Ivanovsky's role in Syria ended before it began. The senior officer was supposed to have monitored the deployment of a battalion of Russian military police in Aleppo. Moscow had announced Ivanovsky was being sent to Syria after Assad forces and Shiite militias had taken control of the eastern sector of this city with heavy and active Russian air support.

This measure coincided with Assad's announcement of his intention to bring peacekeeping forces from friendly countries Egypt, China and Armenia. However the surprise was not in the deployment of Russian police forces, but that the majority were Chechen. It is unprecedented in Russia's post-Soviet history that forces from a non-Russian background who practice the Islamic faith have been sent to a foreign country. Perhaps the Kremlin wanted to show local and global public opinion that it understood the religious nature of Aleppo's people by deploying the Chechen forces.

The Chechen police forces, which include about 400 soldiers, have deployed in some Aleppo districts, especially those with mixed demographics — Al-Midan, Bustan al-Pasha, Al-Hallak, Sheikh Khodr, Sheikh Maqsood, and in the area of the international Aleppo airport.

Franz Klintsevich, the deputy chairman of the upper chamber of the Russian Parliament's defense and security committee, said that the deployment of these forces would be to "extend a helping hand to the Syrian authorities in preserving public order and to support the political settlement process in the country."

Preceding this force in Syria (December 8, 2016) were two battalions from the special forces team of the Chechen president and Russian loyalist, Ramzan Kadryov. Their mission was to protect the Hemeimeem airbase in Lattakia.