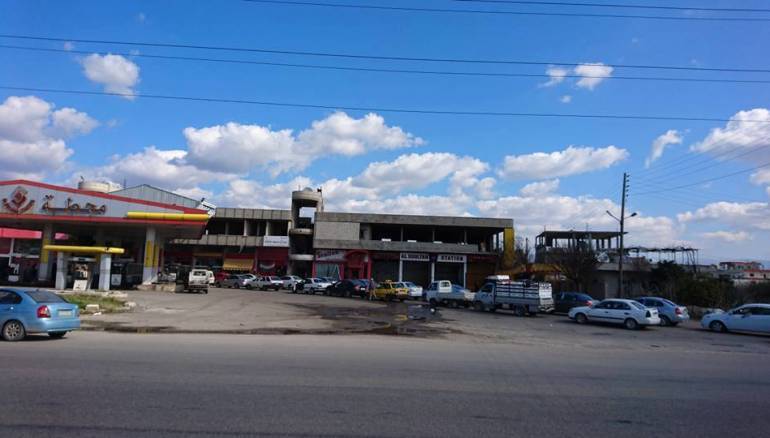 A nation-wide fuel crisis infuriated citizens around the country, particularly in the coastal Lattakia province where most gas stations have halted work amid a lack of fuel for the past few days.

Most private and public transport has stopped running, preventing half of all state employees from arriving at work and many students from attending classes.

Many minibus drivers also announced an open strike until a solution is found to the fuel crisis, as many officials continue to have access to fuel for their own vehicles.

Media activist Mohamed al-Sahili pointed out that cities and towns in the Syrian coast have not witnessed a crisis on this scope since the outbreak of the revolution. The ministry responsible for petroleum has stopped supplying gas stations with fuel since the beginning of February, in exception for one or two stations.

He added: “When people hear news that a gas station is being supplied with fuel, hundreds of cars rush to line in long queues.”

Sahili confirmed that most cars are denied access to fuel because thugs, security and army personnel monopolize on the limited fuel available.

Also, he said that the province’s streets are empty in exception for the cars owned by the wealthy — who pay for fuel on the black market — and those who are willing to use force.

Meanwhile, loyalist social media pages have blasted the Khamis government and oil ministry for their repeated hollow promises of securing fuel for citizens.