While the fate of hundreds of detainees and forcibly disappeared residents of east Aleppo remains unknown, the head of the Syrian Network for Human Rights urges the U.N. to demand the regime reveals information about the circumstances of these victims 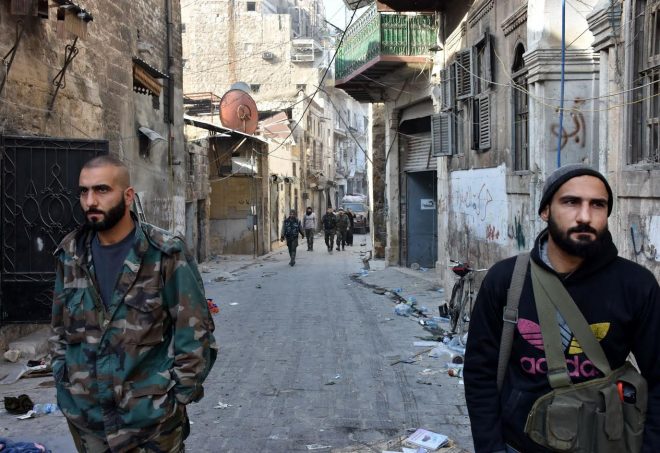 After more than two months since the Assad regime and its allied militias stormed the eastern districts of the city of Aleppo, leading to the displacement of a large portion of the besieged civilians who were subjected to heavy bombardment and sectarian violence, no new information has emerged about the issue of those who were forcibly detained.

The detainees who were residents of the districts under opposition control and fled toward regime areas were arrested arbitrarily at military checkpoints between the opposition areas in the east and regime areas in western Aleppo.

After this displacement, a number of international reports have been issued confirming the arbitrary arrests which the displaced people were subjected to.

The head of the Syrian Network for Human Rights, Fadel Abdel Ghani, said that regime forces abducted displaced people fleeing from eastern Aleppo to the western part of the city and "forcibly disappeared them" without issuing any arrest warrants. “We do not know anything about their fate," he said.

Abdel Ghani told Sada al-Sham that the network had issued a report at the start of the displacement to western Aleppo about the fate of the civilians who were displaced to regime areas, as well as those who live in the areas of eastern Aleppo under regime control. "We confirmed the occurrence of cases of arbitrary arrests in addition to summary executions of civilians," he said.

In the period extending from when the opposition forces took control over the eastern districts in Aleppo city in the summer of 2012 up to the date of the regime conquest, no displacement occurred, even before the siege of the city, meaning that what occurred was under military pressure from the regime and loyalist militias.