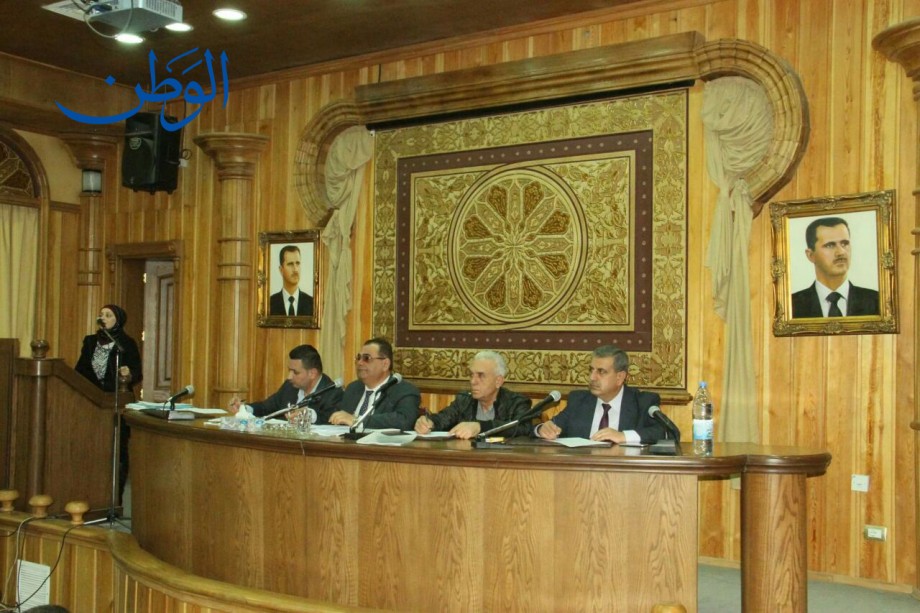 To save face after being accused of theft in a case in which he had discovered the head of a chain of corruption, the regime deputy governor of Tartous, Ali Hamad, offered his resignation on Monday.

The story goes back four months to when the Tartous governor, Safwan Abu Saadi, ordered the formation of a committee to investigate the work of the al-Batoul women’s association, which takes pride in its loyalty to the Bashar al-Assad regime. The group has also received support from the United Nations agency UNICEF and the refugee agency. The governor ordered his deputy to head the committee which succeeded in uncovering theft in the association. The committee head sent a report concerning the theft to the governor who transferred the issue to the state affairs administration in Tartous.

The association responds to the claims

In response to transferring the issue of the loyalist association for investigation, the latter administration, in cooperation with the Social Affairs and Labor Ministry and the Tartous governorate and the affairs directorate in the province, filed lawsuits about two weeks ago against 32 people with the charge of embezzling public funds and abuse of trust. The list of the defendants included the deputy head of the executive office in the Tartous governorate.

According to information from the investigation, the deputy governor, instead of investigating the matter, had extorted those who were implicated in theft. He had struck a deal with the head of the administration council to deliver 400 food baskets in two batches to him, with the first consisting of 210 and the second 190 baskets in the name of the people under prosecution. The value of the baskets was between 4 and 6 million Syrian liras as the value of each basket stood at 10,000-15,000 liras, sometimes reaching 25,000 liras if the basket contained canned foods and medicines.

The regime loyalist newspaper al-Watan on Monday discovered that the deputy governor had offered his resignation to the Tartous governorate council, which held its second periodic session today. The council voted in favor of the resignation with an absolute majority.

What is the al-Batoul association?

In order to learn more about the al-Batoul association — the judge and jury in this case — All4Syria researched it online. We did not find a website for the association, however, its activities are published on a Facebook page. The association focuses its activities on the regime-loyalist area of Tartous.

The association takes pride in loyalty to the Assad regime as the pictures of Assad in all of its offices and activity centers indicate. The association also carries banners praising Assad in pro-regime marches. These activities risk the association’s professional responsibility on the sidelines of a political and military conflict between the regime it supports and its opponents. At the same time, the association is proud of the support it receives from United Nations agencies, as it has carried out a number of projects funded by the United Nations High Commissioner for Refugees (UNHCR) as well as UNICEF.