As ISIS prepares for urban warfare, Kurdish YPG boasts of superior fighting forces ahead of the looming battle for ISIS' stronghold in Syria, as residents and U.S. defense officials voice skepticism over the likelihood the battle will be swift and decisive 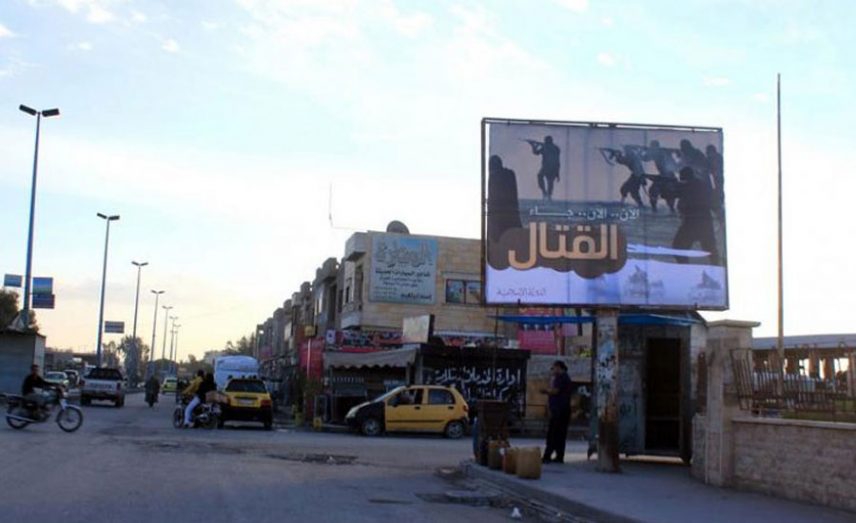 Just days separate the city of Raqqa, the Islamic State’s (ISIS) de facto capital in Syria, from the key battle which could turn into a prolonged war of attrition.

It is likely that the battle for control of the city will commence at the beginning of April, according to statements by the operations commander of the Kurdish People’s Protection Unit (YPG), Sipan Hemo, to Reuters on Saturday, March 18.

The YPG predicts it will take Raqqa in a number of weeks. However, the United States Department of Defense denied taking a final decision to launch the battle and anticipates that it will be longer than what the YPG commander predicted. ISIS, for its part, has notably changed tactics by bolstering its fortifications in preparation for street-to-street fighting — measures which were described by the city’s residents as “surprising.”

Commander Hemo, who rarely appears in the media, predicted that American Apache helicopters would arrive to provide cover to Kurdish forces in the battle, and ruled out any role for Turkey in the Raqqa fight, saying Ankara will try to sabotage the operation but will not succeed.

Hemo said in an interview with the London-based Al-Hayat newspaper, that the YPG would participate alongside Arab fighters within the Syrian Defense Forces (SDF), adding that “25 percent of the total force which will storm Raqqa will be YPG fighters distinguished by their fighting abilities.”

The battle for Raqqa is no more than a “stone’s throw” away, according to Mohamed Alloush, a displaced resident from Deir-ez-Zor, who said that despite all the talk about the mobilization against ISIS, the militant group solidified its presence and is ready to confront the new developments.

Alloush, who lived in Raqqa for more than three years, pointed out that ISIS is “acting wisely, surprising everyone in its management of the fighting, while the attacking forces are focusing on quick victory at any cost and neglecting the outcome.”

ISIS has preserved its manpower and managed it professionally, according to activist Saoud, who found its strength to be effective and capable of reaching areas far from its centers. Evidence of this can be seen in what happened in the Hassakeh countryside, where the organization launched an attack against Kurdish forces, and most recently with the talk of it sending new forces to the town of Merkada.

The organization is completing its fortifications in Raqqa city and preparing field hospitals while cutting off roads, however it has permitted storeowners, including internet cafes, to work daily, and has encouraged the movement of its fighters into Raqqa streets, in a step residents considered to be aimed at denying the talk of its fighters fleeing the city.

Meanwhile, some American news outlets have reported that the group is continuing to force civilians to join its ranks.

In light of the shallow information about the routes that will be taken against ISIS in Raqqa, local sources confirmed to Enab Baladi that fighters from the U.S. special forces would participate in the battle.

Pentagon spokesman Jeff Davis has pointed to the possibility that the battle for Raqqa would be long, according to Reuters, saying that ISIS has had adequate time to build up its defenses and fighting positions and to booby-trap houses and cars with improvised explosive charges.

The United States is supporting Kurdish forces in their mobilizations in northeastern Syria and fight against ISIS, while Turkey, which has deployed its own forces in northern Aleppo, has opposed the mobilization of the Kurdish-led Syrian Defense Forces which it considers a “terrorist” group.

“The coming stage will be more dangerous. Removing the organization from the city does not mean it will end,” according to resident Huweida, who said that the absence of an administrative authority in the event the organization was expelled from Raqqa “would reduce [ISIS'] movement but it would remain hidden among the civilians, and the popular base may help it penetrate the Raqqa community again.”

Relations between residents and the organization remain dependent on developments on the ground, amid a lack of evidence that the city can be governened by the attacking forces, which some residents describe as being “no less violent and no better for civilians exhausted by the continuing war.”