Opposition figure and Syrian personality says he has tasked delegations at Geneva with providing their take on four key issues, including governance, the constitution, elections and security, also adding that meetings with Kurdish and women's groups were successful 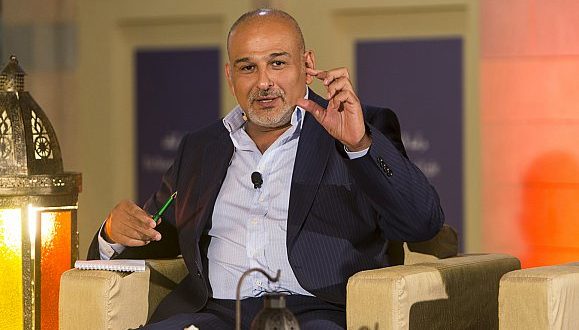 Jamal Sulaiman, head of the Cairo group of the Syrian opposition at Geneva, said that the United Nations envoy Staffan de Mistura had delivered his documents which included four files — governance issues, the constitution, elections and fighting terrorism — to all delegations and is waiting for representatives to present their definitions for these issues.

The first file included matters pertaining to governance and basic principles, as provided by Security Council Resolution 2254, in addition to the governance mechanism which will be exercised through various institutions. The file also addressed the functions of governance, its size and the criteria of membership, methods of selections and decision-making, as well as including the powers of government in terms of inclusiveness and independence in its practice and the relationship between them.

The second file regarded the constitutional process and the basic principles, in addition to presenting a description of the nature of the authority concerned with the constitution. This file included an item related to national dialogue.

The third file addressed elections in terms of administering the process and resolving electoral disputes, in addition to U.N. monitoring and its role. While the fourth issue pertained to security, fighting terrorism and trust-building measures, in the context of circumstances causing the spread of terrorism.

Sulaiman said that no one knows what the next step will be after the delegations give their visions around these four issues, and that they were asking to move to some discussion and the definition stage, which would depend on every party giving the reasons for their differences just by offering answers. He predicted that this discussion would be directly between all parties through committees.

The Syrian opposition member noted that a majority of the opposition parties wanted direct negotiations leading to results that reflect positively on the Syrian situation and reduce the bloodshed, while preserving what remains of the country and realizing the hopes of the Syrian people. However, the Assad regime is still refusing direct negotiations under a variety of pretexts, based on procedural issues.

Sulaiman said that the U.N. envoy had found solutions in this round to the procedural issues which the Assad regime was insisting be addressed, whereby a solution would be reached to satisfy all parties and that the first and fourth files would be discussed in the primary stage, and then the second and third would be discussed in the following stage. De Mistura began by discussing the issues of governance with the High Negotiations Committee and started discussions with the Assad regime on issues of fighting terrorism. He is then due to go back and discuss the alternative.

The High Negotiations Committee delegation, headed by Nasr al-Hariri, has insisted that the priority will be to discuss the transitional government, while the Assad regime, headed by Bashar al-Jaafari, has insisted on discussing the issue of terrorism first, creating a contradiction between the positions of the two parties.

At the same time, Sulaiman said that the escalating pace of violence on the ground in Syria had cast its shadow over the political negotiations and he stressed the negative impact which the military escalation had left on the political solution.

“We have long heard that military developments will change the facts on the ground. However, they have not changed a thing and they have brought nothing but more destruction and loss to the country and we are still in the same whirlpool. If there are parties who believe that the military solution will offer anything, that is their viewpoint. However, we are convinced that the final solution will be political,” he said.

Sulaiman did not see a problem in the absence of international attendance in Geneva 5 and pointed out that the image suggested now that there was a change in international involvement in the political process and that everyone was waiting for the American vision (under President Donald Trump) toward Syria to mature. He noted that sights today were set on Raqqa and Mosul, and believed that achieving an advance in confronting the Islamic State (ISIS) would give America a real presence in the political discussion.

Sulaiman said that the absence of international presence had positive elements, most prominently that it gave Syrians an opportunity to enter into dialogue amongst themselves. He said: “I do not mean dialogue with the regime, of course, which it totally rejects, but among the opposition spectrum.”

The opposition figure said that the dispute over some political positions did not have to push us to take hostile positions toward one another. He said that the dialogue with the Democratic Union Party over particular political issues pertaining to federalism and other matters were suspended so far, especially given that the party has previously signed the documents of the Cairo conference which did not address federalism.

The delegation also met with the women’s delegation, with Sulaiman describing the meeting positively with a number of points and challenges in the negotiations process reviewed.

In a separate issue, Sulaiman expressed his great wish for the Syrian Democratic Forces to have victory in its war against ISIS and for every force fighting to work toward liberating Syria. He also stressed the need for them to hand over the reigns of the city of Raqqa to its people after liberation.