Residents in the loyalist coastal regions are expressing concerns over the increase in military activity in the area, amid greater efforts by Moscow to secure strong footing at the negotiating table, opposition outlet Zaman al-Wasl writes 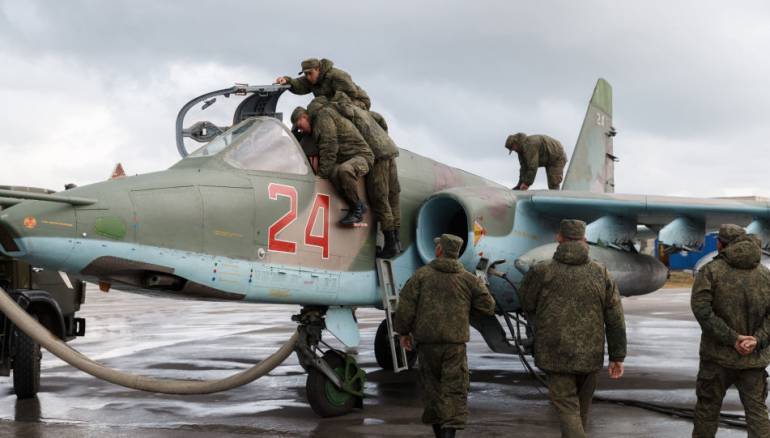 Regime loyalists in coastal Lattakia city have voiced distress at the noise of Russian warplanes taking off and landing at the Hmeimim airbase, also complaining that fighter jets are flying too low over cities and towns while breaking the sound barrier.

The residents’ irritation has surfaced as the Russian military escalates its ground operations in Syria. Lattakia Media Network correspondent Mohammed al-Sahili reported that over 250 Russian aircrafts have taken off and landed in the air base over the past 10 days.

Additionally, resentment is growing among regime supporters over the launch of long-range missiles from Russian warships anchored in neighboring Tartous port.

Russia’s increased military efforts focus on stopping the advance of opposition factions in the countryside of Hama, as well as preventing those in southern Damascus from reaching the rebel-held villages of Jobar, Qaboun and Barzeh. Some of the missiles were also directed at targets in Idleb and Lattakia’s countryside close to the Turkish border.

According to observers, the Russian military escalation is punishment for opposition factions after they refused to participate in the Astana meeting last month. The escalation also likely aims to bolster Syrian President Bashar al-Assad's position in any future negotiations after the regime suffered recent defeats on the ground and the loss of important sites in the capital and northern Hama.

Russia’s escalation is also represented in the establishment of a new military base in Afrin, northwestern Syria, an area controlled by the Kurdish People's Protection Units, which Turkey considers to be an outlaw group.

Seeking to impose an extensive Russian presence ahead of any future power-sharing plan in Syria, Moscow is exploiting the opaque American position toward Assad's regime, as well as the cooling of relations between the U.S. and Turkey, to impose greater influence over Syrian territory in both regime and Kurdish-controlled areas.