Iraqi Shiite militias fighting in the Hama countryside recently launched a media campaign alongside their military efforts to take back the town, attempting to win public support among Christian residents by falsely claiming to have recaptured a number of churches, opposition outlet All4Syria writes 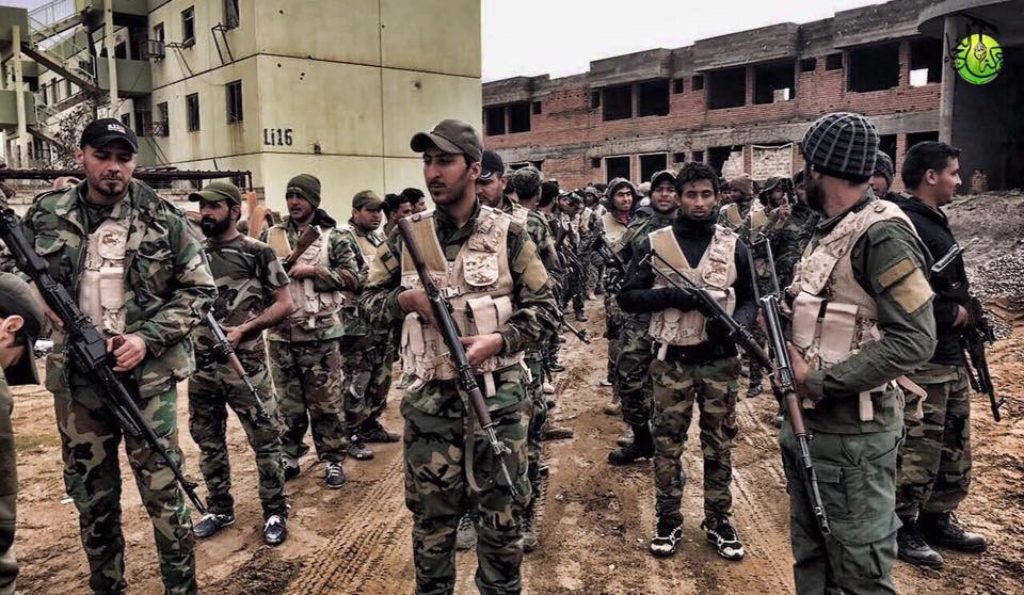 Iraqi Hakarat Hezbollag al-Nujaba militias published photos recently showing their control over Mahardah, a Christian-majority town in the Hama countryside, claiming that they had recaptured a number of churches which had never left the control of regime forces.

A communication officer for the Iraqi group said that the "heroes of the Islamic Resistance al-Nujaba chased Jaish al-Izza militants from the Hama countryside and retrieved the churches of the Christian brothers."

The group published photos of their fighters saluting the churches, which an All4Syria correspondent said had never left the regime's control.

The correspondent quoted sources in Mahardah which said that the Shiite militias are trying to benefit from the Christians' cause and are looking to convince the public that they had fought to recapture the churches.

The town of Mahardah is witnessing a sectarian flood of several pro-Iran militias. Its residents issued a statement recently demanding the international community execute its responsibilities and force Hezbollah and Iranian-backed militias out of the town.

The statement said that many have left Mahardah fearing the sectarian militias would do them harm, adding that the groups had pushed the town toward conflict with the Free Syrian Army.

It said that the majority of the battle commanders are Iraqi, Iranian or Lebanese Hezbollah, with only a few Syrian National Defense Force militants present in an effort to win over public support.