Legal expert says Lebanese security agencies are 'selectively' deporting and refusing to issue residence permits to certain refugees who come from specific areas of Syria, while those who are at risk claim state agencies are enacting a deliberate policy to make life hard for Syrians to encourage their flight, opposition website Enab Baladi writes 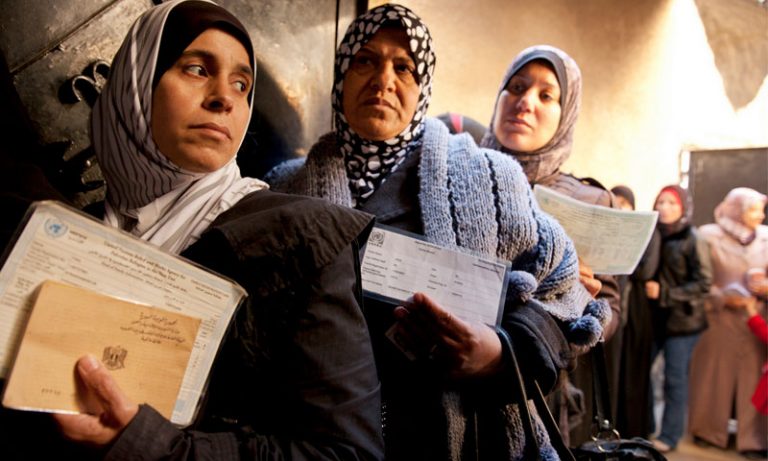 Ammar, 22, a Syrian university student from Aleppo who came to Beirut to study at the beginning of 2015, says he has not yet obtained Lebanese residency despite meeting the conditions.

The young man, who declined to have his full name published for fear of harassment, is residing in Lebanon without proper legal status and says he is not able to visit his family in Turkey as the General Security agency has seized his passport. He says that every encounter with the police or a Lebanese army or security checkpoint raises the fear of arrest, as well as being slapped with fines which are unaffordable for any Syrian student.

Ammar is one of thousands of Syrians who have not yet obtained residency in Lebanon, including those whose passports have been held by security agencies without any justification from the authorities. These people face daily threat of being deported from the country at any moment — but to where?

Ammar spoke to Enab Baladi about the “misery” of obtaining residency in Lebanon and the “arbitrariness of the authorities” toward similar cases, as if they are pursuing a systematic policy of making life difficult for Syrians.

“I don’t know why they haven’t given me residency even though I’m a student and have all my legal documents,” the young man says, adding that the authorities who are holding his passport have subjected him to many problems. He explained that over the past two years, the police have stopped him because he does not have residency or a passport, and has been forced to pay fines every time.

“What’s funny is that my passport has been held by them for about two years and now it’s expired and I’m not even able to renew it. I’m not able to register with the [Syrian] consulate to proceed with the process, which requires having a passport,” he told us.

Nabil al-Halaby, a Lebanese lawyer and head of the Lebanese Institute for Democracy and Human Rights, told Enab Baladi that there were arbitrary measures regarding the legal situation “taken by the Lebanese security agencies around a specific class of Syrian refugees coming from specific Syrian areas under the control of the Lebanese Hezbollah, and they don’t include everyone.”

Hezbollah’s presence is concentrated in areas the area around Zabadani and Madaya and extends up to Qalamoun, and its main base is in the western Homs countryside on the Lebanese border. These areas are considered extensions of Hezbollah’s influence along the border in Lebanon's Bekaa Valley.

Halaby, who closely follows Syrian affairs and refugee issues in Lebanon and understands their legal status in depth, said that despite Syrians fulfilling the conditions for residency in Lebanon, the Lebanese General Security agency restricts them obtaining residency in a selective manner and, according to the lawyer, even gives them orders to leave the country.

He complained that General Security's measures “give them orders to leave, but leave to where? It’s as if they’re pressuring them to return forcibly to Syria” as part of multiple political initiatives to negotiate the return of Syrian citizens.

Halaby does not believe that there are policies to intentionally make life difficult, but he said that the Lebanese authorities are pursuing a “selective policy” which is subject to negotiations to return refugees and reach reconciliations.