Opposition outlet All4Syria reports on a recent decision to remove the old stalls from the grounds of the Umayyad Mosque, one of the most important Shiite pilgrimage sites in Damascus, with local council citing 'abuse of antiquities' as reason for action 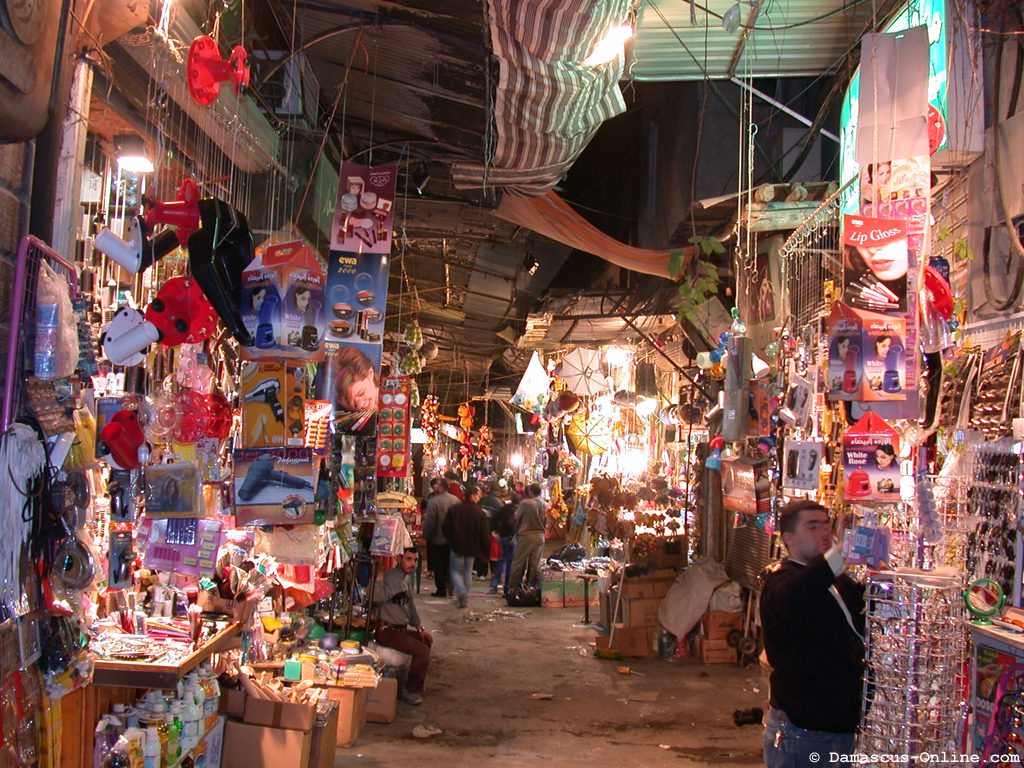 Days ago the regime government in the capital Damascus issued a decision to clear all the stores and their occupants around the Umayyad Mosque and between its historic columns. Activists said that the verdict entered into effect on Tuesday, adding that the religious tourism offices which organize trips for Shiites from Iraq to Syria were behind the decision.

The loyalist Diary of a Mortar Shell in Damascus network said that the Damascus governorate council issued the decision to clear all stores and their occupants in order to “combat the abuse of antiquities and museums, which has been present for a long time.” The ruling includes around 15 stores whose licenses were obtained previously.

The Umayyad Mosque area is one of the most important Shiite pilgrimage sites in Damascus, and religious trip organizers claim that the head of the great companion Hussein bin Ali bin Abi Talib is buried inside the mosque in the east part of the grounds.

Commenting on the loyalist network news, Majid al-Sham said that the aim of the order is to clear stalls from the Umayyad Mosque's entrance to “expand the place for our Shiite Iranian brothers to slap and strike themselves with shoes in mourning for the martyred Imam Hussein.” He added: “The decision did not come from us, it came from the Iranian embassy, in response to [the Umayyad caliph] Muawiyah and his son Yazid.”

A person named Moeed Aqad pointed to the lack of objectivity in the decision, saying that the owners of these shops are descendants of the original owners over more than 100 years.

Activists of the Voice of the Capital network pointed out that the Iraqi religious tourism offices had asked, through armed militias, to clear these figures from the area of the Umayyad Mosque, which is the site of regular visits by Shiite militias and religious delegations.