The revival of community bakeries has helped create an affordable alternative as food prices soar in the Damascus countryside, offering otherwise unemployed young men a means of income in the rebel-held districts, Iqtissad writes 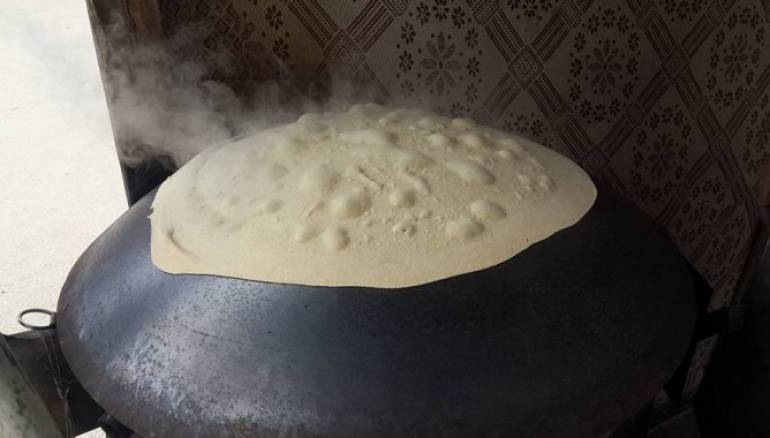 People in the embattled opposition-held Eastern Ghouta have resorted to traditional means of baking their own bread, thanks to the regime’s besiegement of the Damascus suburbs causing a huge rise in food prices.

Abou Hashim, a 70-year-old man from the city of Douma, said he could not afford daily expenses due to the price hike and was forced to make his own bread using wheat and barley.

He explained that he usually needs two bags of bread each day, which has become unaffordable since the regime blockaded the area as punishment for rebel gains in areas of the capital.

Abou Hashim said the current situation pushed him to return to old ways of making bread from wheat and barley, which is baked on top of a hot surface. He said that with this method he can save more than half the money needed to buy bread from a bakery.

“This way of producing bread has positive effects on young men. It has provided job opportunities for young men and others, amid the unprecedented hard economic situation which goes [from] bad to worse as a result of the blockade. But people need to adapt to new conditions until a solution is found,” Khalid explained.