Kurdish areas in the north are enforcing stricter regulations on cases of polygamy and abuse, after officials supervised the creation of People's Courts to deal with disputes in the region 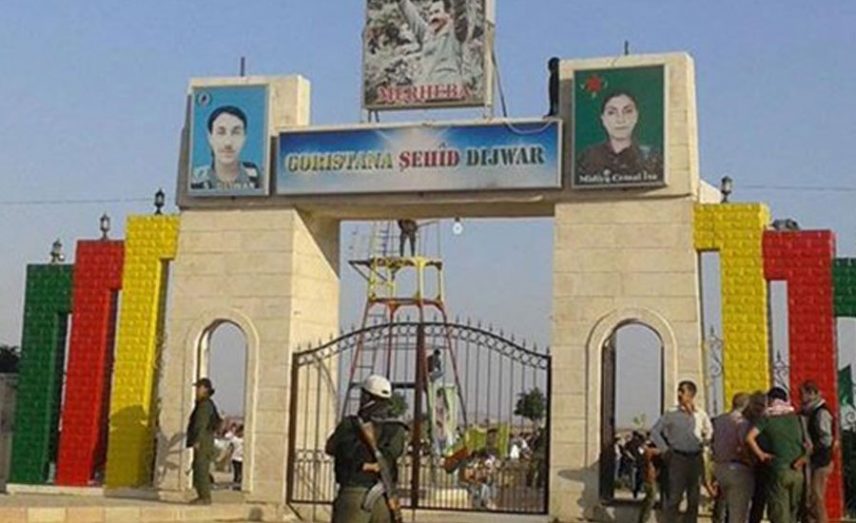 “I paid 600,000 Syrian pounds for a mediator working in the People’s House [a local coordinating committee], and so I got out of the prison I was sent to after my second marriage, once I divorced my first wife.” This was how Abboud al-Shahar, 40, described the easiest way to get out of the Kurdish Self-Administration prisons after he he violated a decision forbidding polygamy.

The Women’s Asayash [security] forces listed the statistics of various crimes faced by women in 2016 under the article “violations of women’s laws and regulations” (polygamy), with data showing the Self-Administration intervened in as many as 11 cases.

Shahar, a farmer from the Ras al-Ain area in northern Hassakeh, told Souriatna that he was surprised by a patrol of Women’s Asayash searching for him around his house before reaching him with the help of his neighbors. Then they sent him to prison in the city of Ras al-Ain, where he spent a full month.

According to the laws of the Self-Administration, it is forbidden to have two wives under any circumstance, and officials will intervene to force the divorce of latest marriage if the first wife remains in the family home. Those who violate this law face a fine of 100,000 pounds to 1 million pounds in addition to a prison sentence of between a month to a full year.

The first wife can raise a case in the People’s Court to allow the man to keep the second wife, and in the event the divorce is completed, the husband must provide a house to the first wife and children with a monthly payment to every individual of 5,000 pounds.

Shahar, the father of five children said the reason he divorced his first wife was that he could no longer live with her and face arrest, and that all women who entered into the Women’s House Court and filed complaints against their husbands for marrying others had been divorced. He said that customs did not allow for women to complain against their husbands and then remain living in the same house.

After he was released from a Self-Administration prison, Abou Mahmoud, a man in his 70s, told his visiting family members that his wife filed a complaint against him with the Women’s House for beating her with a cane.

Abou Mahmoud says he had returned to the house after shepherding in the town of Abu Rasein, and there were patrol cars from the Asayash surrounding his house. When he arrived, one of the officials addressed him, saying: “Do you think you can do what you want? Why is there a Women’s House?” and then arrested him and took him to prison.

Abou Mahmoud left the “Women’s Prison” with the help of a member of the Syrian Democratic Forces working with American forces in the the Al-Shaddadah area after he paid a large sum to a mediator.

The People’s Courts are also considered a new concept introduced by the Self-Administration to the judiciary in their region, aiming to involve the community in decision-making to reduce dependency on the state, which could develop laws that do not lead to resolving problems. The community therefore has an influence on the rulings.

Involving locals in the appointment of judges has already begun, and it is not required that they be trained lawyers. The circle of eligible candidates has been widened to permit various competencies to serve as judges, including those who are not university educated, to include a large portion of the community. These judges must be elected by the city councils and then lawyers raise their legal capacities after they are elected. The elected then serve as a jury.

Judicial responsibilities do not only fall to the courts in the Self-Administration regions. The solution to any problem that concerns women begins in the People’s House, which aims to resolve issues through reconciliation. If it fails, they transfer the matter to the courts.