The rebel-held province is struggling to manage the spread of guns and explosives despite moves to limit residents' access to arms, Souriatna writes 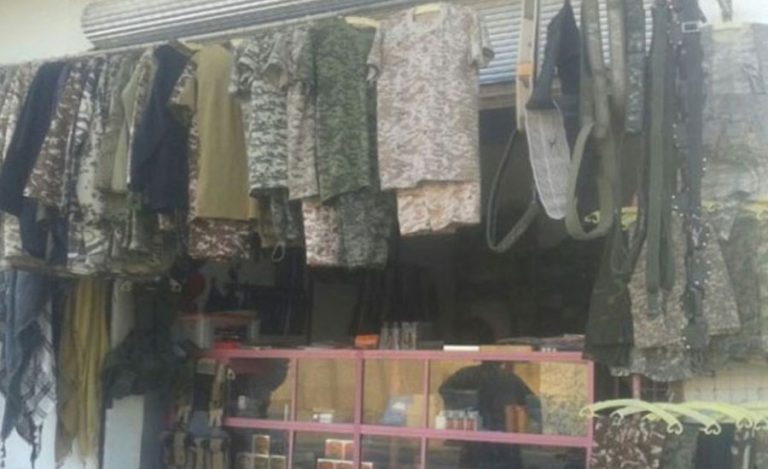 Abdel Rahman Kashaya, a 10-year-old from Idleb city, did not think he would spend his life with a fractured body and shortened limbs due to the accidental explosion of a hand grenade after playing with it in his house. Ahmad, a man in his 20s, did not imagine that an explosion of a mine in his hand would lead to the amputation of half his limbs.

“Weapons chaos” is the term that residents of Idleb province have started to speak of with worry, as weapons have spread through the hands of citizens and without any security controls. This has also been accompanied by an increase in kidnapping, theft and murder, according to the Free Idleb Police.

The city of Idleb last week witnessed the death of a 5-year-old as a result of being shot in the head. The executive force in the Free Idleb Police said that “the incident was an accident, as the youth had found a weapon and pressed the trigger, which caused the death of the child and the injury of his mother.”

Maj. Hussein Husseyan, head of the media branch in the Free Idleb Police, said: “In May in Idleb, eight incidents of criminal murder were documented and six incidents of attempted murder, while there were 138 cases of theft.”

Meanwhile, Souriatna’s correspondent in Idleb said that “five cases of manslaughter and attempted manslaughter occurred in Idleb over the month of Ramadan, most of them caused by children playing with firearms with others occurring during disputes.”

The phenomenon of carrying arms has not been limited to the markets only, but hardly any wedding party or even disputes are free from the sound of gunfire, which often ends with death or injury. Osama al-Haji, from the Idleb countryside, says: “A traffic accident could cause guns to come out, and the matter could develop into an hours-long fight. Many carry guns to show off and fire bullets in wedding parties.”

The “security force” previously issued a circular forbidding firing guns at weddings, but it has not entered into force because of the lack of clear oversight or a security office to confiscate weapons and punish offenders.

A weapons shop owner, who requested to remain anonymous, told Souriatna’s correspondent: “I deal in many types of weapons, from hand grenades to heavy machine guns. I can sell a weapon starting from $400.”

“If availability opens for a tank or an armored vehicle, it will have customers,” he added.

Deputy Captain in the Free Idleb Police Abdel Rahman Bayoush said: “The Free Idleb Police has developed a plan to limit the weapons chaos in the areas where it is centered. The plan is being carried out in coordination with weapons shop owners, whereby they supply us with information about the weapons sold and the buyers, and no weapons may be bought or sold without informing the Free Police.”