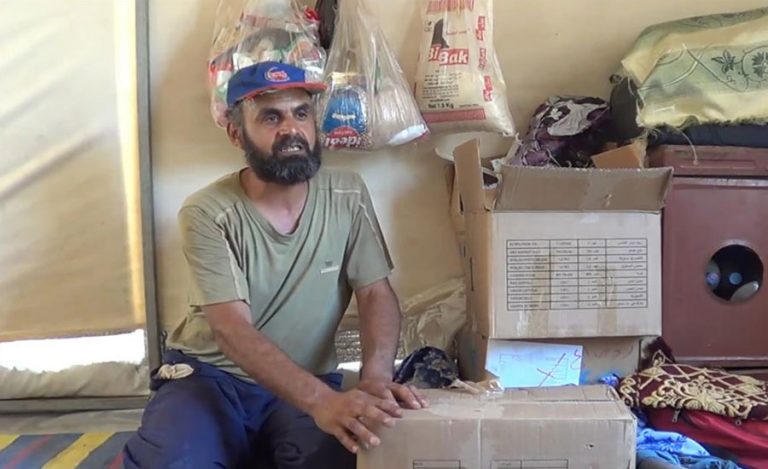 A group of young people in the town of Qalaat al-Madiq, which is under opposition control and lies in the western Hama countryside, has recently launched an initiative called the “Good Youth” in order to help those in need and forcibly displaced people who are residing in the town.

Khalid al-Hussein, one of the organizers, told Tamaddon: “The initiative was set up to provide livelihoods to displaced and impoverished people living in Qalaat al-Madiq,” adding that the main aim was to create familiarity between the people of the town and the displaced. He said that those working on it were a number of volunteer youths from the town, and that the work was organized according to a plan developed ever since the initiative was founded.

Hussein said that the idea came after they witnessed inappropriate practices by aid groups with displaced people, adding that the policy of the volunteer team was transparent and clear, and that the first of its steps was to prevent photographing the beneficiary of the aid.

Hussein added: “We were able to supply household goods such as brushes and other items to several beneficiaries as well as some money, in addition to food baskets and iftar meals during Ramadan.” He said that the work was not a short-term one and that it would continue as long as possible.

The initiative is limited to Qalaat al-Madiq because the donations come from businessmen of the town and traders working there. The number of beneficiaries is estimated at about 1,000 families.

The town of Qalaat al-Madiq is one of the safest areas in the Hama countryside and has basic services such as electricity, water and markets.