Measures taken by the Democratic Union Party, such as encouraging civil marriage and banning polygamy, have received mixed responses, an opposition website reports 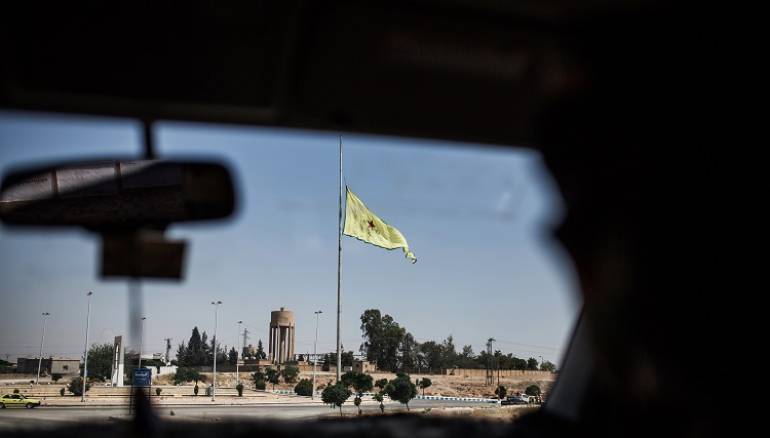 The Democratic Union Party (PYD) continues to encourage civil marriage among residents in the province of Hassakeh, although this type of marriage remains popular only among party supporters while local residents continue to ignore it.

The municipality of Ras al-Ain, which is subordinated to the Kurdish party’s Autonomous Administration, said that it registered a new civil marriage contract between a young man and woman in the municipal marriage office in the presence of witnesses on Saturday. The municipality explained that it gave them a “shared life document.”

This marriage is one of hundreds of similar cases recorded by the Kurdish administration over the past five years in the areas under its control in northern Syria. In addition to introducing civil marriage, polygamy has been banned, although this has put pressure on the cohesion of dozens of families and led to many cases of divorce.

The administration also abolished the dowry on the basis that it transforms marriage into a material exchange aimed at owning women, and replaced the concept with the idea that both parties in a marriage must secure a shared life together.

Civil marriage and the abolishment of the dowry and polygamy are three issues that have created much reservation among people in Hassakeh, because they are interventions into the personal status code which in Syrian law depends on the religion of the married couples and on the provisions within their religion.

On this issue, jurist Ziad al-Ahmad told Zaman al-Wasl that the Autonomous Administration’s decisions are invalid because they are not made on a sound legal or constitutional basis. He explained that these decisions were taken by a de facto authority that imposed itself using military might, and that it is an illegitimate authority which is not entitled to issue laws on the Syrian state territory.

Ahmad, who is also the spokesman for the National Movement of the People of Al-Jazira, added that the residents in the areas controlled by the Autonomous Administration belong to tribes that have customs and traditions. He pointed out that even members of the Democratic Union Party are going to the Sharia court in the city of Hassakeh to legalize their marriages because the Kurdish administrative courts do not have a personal and civil status department to issue identity cards, family booklets or any legally recognized documents.

Commenting on the issue of marriage, Ahmad, an imam, pointed out that civil marriage has received limited support from the people of the Hassakeh province. Only some members of the Democratic Union Party and those who believe in its ideology have taken to holding civil marriages. He explained that most of the Kurdish and Arab populations make sure to have a contract known as a “Quran contract” conducted by a sheikh regardless of other legal requirements. He continued that they place a higher emphasis on the religious contract and that some people do not register their marriage in official directorates before many months or years.

Ahmad, 40, said that marriage contracts drawn up by sheikhs are very important and valued by locals beyond any other marriage contract. He added that the directorates and courts dealing with these matters, such as the personal status directorate or magistrate's court, are currently operating in cities controlled by the Autonomous Administration.