Damascus official claims the infection of around 150 people with a disfiguring skin disease is due to increased number of displaced, Zaman al-Wasl writes 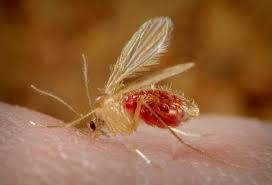 Strange diseases have begun to spread in Damascus largely due to damaged infrastructure and environmental neglect from regime institutions, the spread of garbage and presence of bodies in areas surrounding the Damascus suburbs.

Citing the loyalist Al-Khabar station, pro-regime websites reported statements from the director of the health center in the suburb of Al-Assad saying that attempts are underway to control the spread of leishmania, which is transmitted by the bite of sandflies, after over 150 people were documented with the disease.

The director attributed the increase in the number of cases to the increasing number of displaced people arriving in the suburb. The official’s statement indicates that the regime is uncertain of the real reason behind the spread of the disease. Furthermore, comments on Facebook pages seem to counter claims that the disease is actually leishmania.

Some users claim symptoms indicate it is a new disease which has emerged based on the spread of epidemics, garbage and perhaps the regime using internationally prohibited weapons in the areas surrounding the suburb.

In comments to Al-Khabar, the director said there are preparations for “a plan to control this disease through drug treatments in the center, the Directorate of Health in coordination with the health center spraying inside houses, and the municipal council conducting pesticide spraying campaigns in the streets. Also, those infected will be asked to maintain their personal hygiene to ensure the disease does not spread.”

Among the provisions of the plan, the health center proposed to distribute mosquito nets to citizens to help control the transmission of the disease, which provoked cynical reactions among citizens.

Regarding the total number of those infected, the doctor said: “Between 100-150 cases arrived to the hospital and the center since the onset of cases. The spread of the disease peaked after the fifth month, at the beginning of summer, and the instances of this disease are higher in the summer than the winter.”

Syrians fear the spread of catastrophic epidemics as a result of the frenzied war the regime is waging, and their fears are increased by the regime’s inability to cope with the spread of such diseases, its weakened medical capabilities and the lack of specialized staff.