The embattled city risks a split in its social fabric as fighting between the regime and ISIS separates residents along political lines, Enab Balad writes 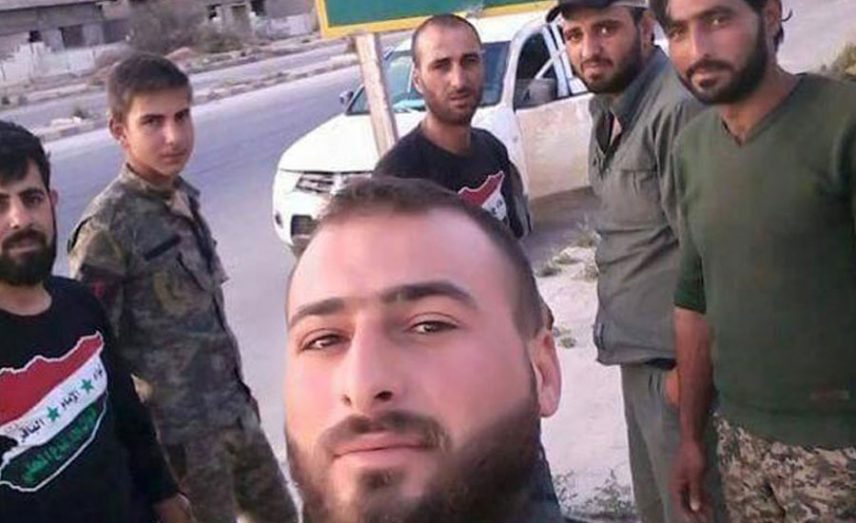 "The regime's control of Deir-ez-Zor city is a bad option, but it is still better than the Islamic State [ISIS] entering," says Taysir, 42, who lives in the Qasour district, which has been under the control of President Bashar al-Assad's forces for years.

In an interview with Enab Baladi, the young man said that Deir-ez-Zor is "exhausted from her wounds and is looking for a means of salvation." He said that the pace of battles had increased after Assad's forces broke the siege during fighting with ISIS days ago.

Activists from the city said military reinforcements had arrived to the area including members of the Lebanese Hezbollah militia and Iranian Republican Guard forces, in addition to hundreds of fighters from the Palestinian Quds Brigade which is working for the first time far from the Aleppo area.

Taysir believes that the regime's battle in Deir-ez-Zor will likely last months "because the organization has fortified itself well in the districts it controls in the city." He predicted a siege of the city and continuing bombardment to force ISIS fighters to leave.

The young man believes that Russia is managing the Deir-ez-Zor battle and spoke about meetings with the tribal militias in the area and the forces which are fighting alongside Assad, and said that they were done "with direct Russian supervision."

On the other bank of Deir-ez-Zor, inside the districts which ISIS controls, Abou Ahmad, 67, said that inhabitants have begun to feel the danger of the regime approaching, estimating the number of residents in the areas under ISIS control at about 5,000, including families of local and foreign fighters, of whom he says Iraqis, Tajiks, Uzbeks and Tunisians comprise the biggest portion.

"Many have carried what they can of their belongings and gone to the villages and cities of the eastern countryside for more safety for them and their family," according to one man in his 60s who fled with his family of seven to the city of Abu Kamal to settle temporarily.

He described "bombardment, destruction, fear and poverty," depicting images he lived through before he left the city, "which has changed greatly and lost its features." He believes that "it will be a black autumn for the city, followed by winter, which will then knock at its doors, and whose features are unknown."

Thousands have been displaced from the city to the surrounding countryside, not just under pressure of the battles of Assad forces and allied militias, but with the beginning of the movement of the Syrian Democratic Forces into the province.

With the escalation of the pace of military operations on the ground, relationships between residents have seen growing fissures depending on the areas where they are located, according Umm Khalil, 38, who worked as a psychological counselor in one of the city's schools.

She said that "the social rift is widening with the political and military developments," describing what has happened as "human destruction of the fabric spread in different spots in which Deir-ez-Zor residents are spread." She discussed family relations being cut as a result of political positions, "problems have escalated within individual homes."

Umm Khalil describes what is happening as "social shocks" and told Enab Baladi that there was a "danger for society's identity, which could lead to many problems. The area will not see stability even if one of the parties to the conflict controls it, as forgetting what has happened over the last years is hard."

She agreed with other Deir-ez-Zor residents about feeling a sense of alienation between the two parts of the city. Some think that the fighting will not end with the regime taking control of the city, which will see a guerilla war and maybe popular resistance that could last a long time.