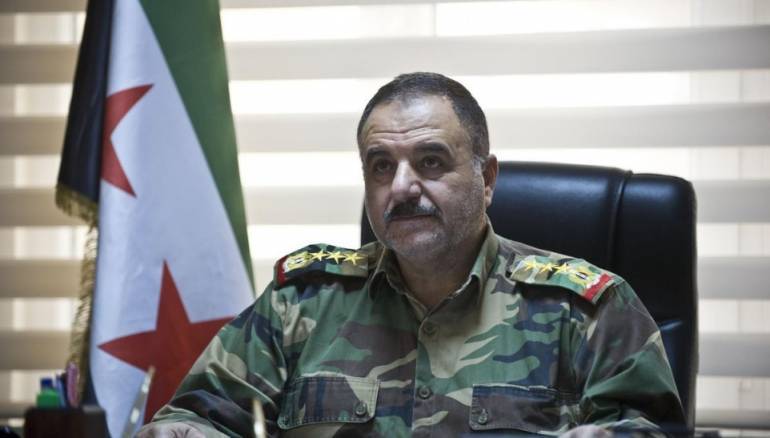 The Syrian rebel delegation to the sixth Astana conference presented information tying the security services of the Assad regime to the Islamic State group, indicating cooperation in ISIS operations carried in the central city of Homs.

The delegation also presented a file on the Syrian government's use of chemical weapons and its violations of ceasefire zones in various areas.

In comments to Zaman al-Wasl, Chief of Staff of the Free Syrian Army Albay Ahmed Berri, who is also the spokesman for the Astana delegation, revealed a number of the files he delivered to U.N. envoy Staffan di Mistura and to the Russian side.

Berri said that the rebel delegation handed over a file to Di Mistura which included testimonies from prisoners belonging to the regime's Air Force Intelligence service. Confessions included information on trade exchanges between the regime and ISIS, orders from the regime leadership to withdraw from the fronts of Palmyra to hand it to ISIS, and regime security facilitating the bombing of security branches in the city of Homs on February 25 of this year.

He added: "the file included a request to include [the] confessions to the files of the counter-terrorism basket, and to direct the request to the [Independent] International Commission of Inquiry."

Berri added that the rebel delegation presented a file to Di Mistura on the regime's chemical weapons use. These include a request for the U.N. envoy to involve the chemical weapons case into the counter-terrorism file, which would consider accountability procedures and prosecution.

Secondly, the delegation urged Di Mistura to include the file's contents into the next Security Council briefing with the opposition's demand for the implementation of Article 21 of Resolution 2218. They also urged the envoy to refer the file to the Commission of Inquiry and the Organization for the Prohibilition of Chemical Weapons for evidence collection.

They also called on Di Mistura to reference the items in future press statements.

The delegation also submitted a documentation outlining regime ceasefire violations. The file was delivered to the Russian side, which has guaranteed the commitment of regime forces to end escalation and commit to the ceasefire in a number of areas as of December 30, 2016.

The file also included a demand for the Russian side to abide and compel the Assad regime to abide by the content of the ceasefire agreement.