DNA fingerprinting should be used to establish the identity of millions of returning Syrians who fled since 2011, forensic expert tells Al-Watan 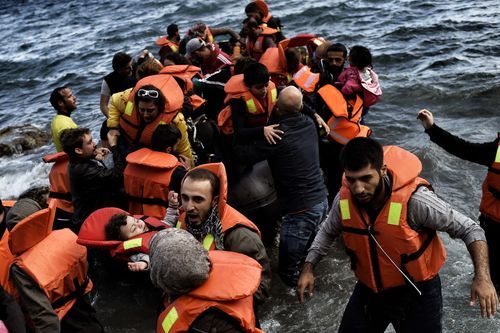 The head of the forensic medicine department at Damascus University, Houssein Nofal, has encouraged DNA fingerprinting to identify millions of citizens who might return to Syria without documentation.

Nofal said there were close to two million Syrian citizens who departed the country when they were 14 and who are now about 20 years old, and that they had not obtained civil documentation when they departed — most importantly the national ID.

Nofal told Al-Watan that these people who left the country did not have records in their places of refuge, adding that in the event they return to Syria their identities must be verified when completing their papers in the civil registry.

He said that he had met with officials in the Interior Ministry and Justice Ministry to develop mechanisms to resolve this problem. He explained that the one document which proves the lineage of those who left and had not obtained personal IDs is the family notebook, and that this is not enough. He said that he had proposed using DNA fingerprints to identify returnees since it can confirm the validity of this person’s lineage to their parents.

Nofal said that if the father is not present, then this method can be used to match with the mother. He added that if both parents are not present then the DNA can be matched with a sibling or uncles or aunts.

He stressed the need for an increase in the number of DNA labs given the scale of the problem, adding that much work needed to be done to resolve it. He explained that one lab could perform about 90,000 analyses annually if working around the clock, and therefore the current number of labs in Syria was not sufficient to carry out this task.

Nofal added that these labs also lack advanced equipment and therefore modern labs must be established to carry out this task, adding that there would be a meeting with the justice minister soon to bring up this problem.

He said that the project would require four years to be fully carried out, given that the issue is large and needs radical solutions, and therefore that at least ten new labs must be established throughout the country.

Nofal said that those who left would return to the country, especially after the improvement of the security situation in many areas. This would encourage refugees to return, he said, adding that this required the development of mechanisms to cope with the problem.

Nofal added that the return of a large number of refuges could occur within a short period. He questioned how it would be possible to confirm that those who had left the country and had not obtained civil documents were Syrian, or to know their origin at all.