Sada al-Sham looks at why Syrian couples have problems registering their marriages in their new host country, and the heavy price it can have on women 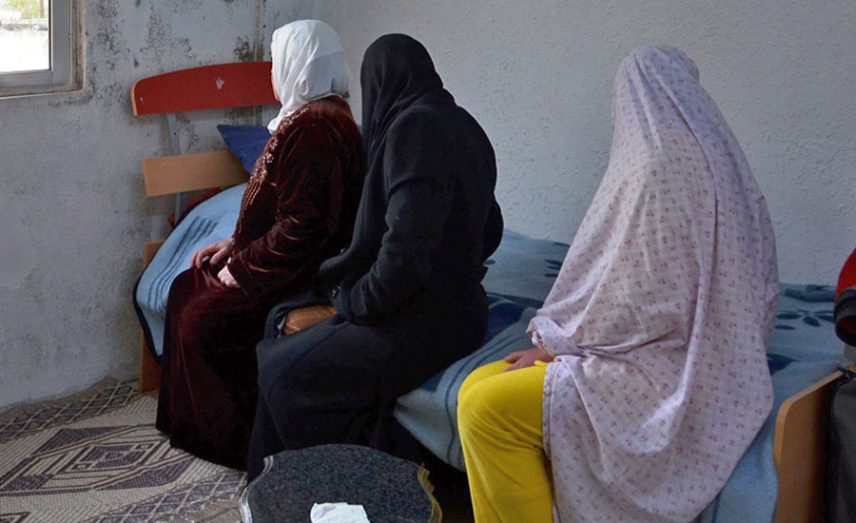 Alone with her children and far from a family to rely on and protect her, Khaloud's life was turned upside when she was kicked out of home and divorced by her husband, ending up with only a small bag at the door of a Turkish neighbor. Despite caring for two small children, Khaloud, who traveled from Lattakia to Antakya to complete her marriage three years ago, was not spared from losing the life she had made in Turkey.

Khaloud’s case encapsulates the situation of many Syrian wives who have lost their rights because of the difficult conditions imposed on them by Turkish authorities to establish Syrian marriages in their country, and because of the maliciousness with which the Assad regime deals with its opponents at the consulates.

“I came from Lattakia alone three years ago after our families agreed to conduct a marriage contract here because the security problems my husband faced prevented me from registering my marriage in Syria,” the 27-year-old woman explained.

Khaloud added: “My husband told me that I could record the contract here through the consulate, and we went to Istanbul. But the proof of bachelorhood that the Turkish authorities required from my husband and the difficulty of obtaining it from Syria ended this project. We remained like that throughout this period until the situation ended as it did.”

Khaloud said she was unable to legally register her marriage in Turkey, and despite submitting an official complaint against her spouse, the police were content merely to review her husband and try to convince him to secure legitimate housing for her and the children. When he refused citing financial difficulties, the authorities did nothing and were content to leave.

Khaloud currently lives in a small room in a popular area of Antakya. She says she fears blackmail from her former husband, who has given up any responsibility toward her and her children.

Khaloud said that over the last month she visited a number of human rights groups for assistance, but they were unable to help as she does not have sufficient documents to establish her marriage.

The problem does not lie in the marriage contract alone, as Khaloud said, looking at her children with tearful eyes, but in the origin of those children who remain without legal proof confirming their parentage if they return to Syria, as she currently intends.

According to figures by Turkish-based organizations, around 11,500 Syrian marriage contracts were made in Turkey between 2011 and the end of 2014, and about 95 percent of those have not been officially registered. The number of Syrian births in Turkey has risen to 187,568 at the start of 2017 according to the Turkish Interior Ministry.

We spoke with a number of brokers who help register marriages through the Syrian consulate who said the cost of their services ranged between $700-$800 to bring papers from Syria as well as fees to reserve a time to enter the consulate.

But using a broker does not guarantee success, as Majid Younes discovered. He says that despite depending on a broker to facilitate his request, the Assad regime refused to give him the civil registration because he is a defected soldier.

Erwa al-Sousi, a lawyer, told Sada al-Sham that other reasons complicating the issue are the differences between Turkish and Syrian personal status law and the powerlessness of the United Nations agencies to find a documentation mechanism which can overlap the two procedures.

Sousi also pointed to the inability of the Syrian opposition institutions to issue recognized documents.

The basic problem — according to Sousi — lies in the difficulty of the procedures which are imposed on refugees by both the Assad regime and the Turkish authorities, such as the need to issue a certified civil registration from the regime's Foreign Ministry.

The situation is worsened by the common loss of basic documents such as identity cards and passports and the large fees required to enter the consulate and continue the procedures, as well as the barriers caused by consulate employees related to political affiliation.

Despite the decision by Turkish authorities in 2016 to issue an individual civil registration document to register new marriages, only a small portion of Syrians have resorted to the route, according to the lawyer. He said this is because of the Turkish authorities exempting those who hold Syrian passports who entered the country and the difference in the personal status laws regarding rights and dowry for the spouses.

The Turkish law prohibits polygamy and the wife obtains half the property of the man registered after the marriage in the case of divorce, while there is no item to register dowry as is the case in Syrian law.