Once the largest ISIS-held town in Hama, Aqairbat has been the focus of a brutal regime-led campaign to flush out opposition in the strategic area 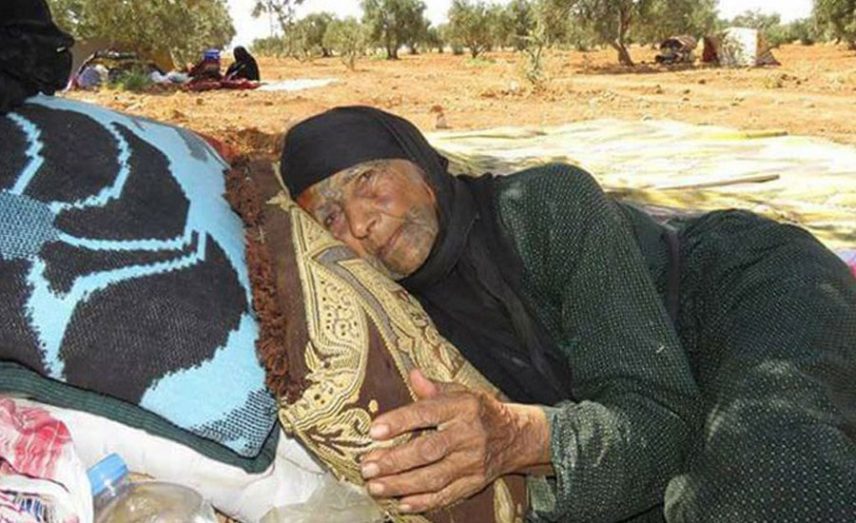 For the past month, besieged civilians in the Aqairbat area and its villages in the eastern Hama countryside have suffered from a lack of basic living necessities amid the continuous and brutal bombardment by the regime and Russia.

The head of the local council for the Aqairbat district, Ahmed al-Hamawi, said that the tragedy of the besieged people in the district's Jabariya and Wadi areas had been ongoing for more than a month. He said more than 8,000 people are trapped in the area, with another 6,000 more in the villages of the eastern Homs countryside.

Hamawi said the besieged's crisis had grown over the last week, as foodstuffs had begun to run out and residents faced starvation. He said that more than 10 deaths had been recorded among the children and elderly as a result of the lack of food, water and medical supplies.

Forty civilians were killed, including children and women, by gunfire from regime militias during their attempt to flee from the Aqairbat area, which has seen battles between the regime and its militias and the Islamic State (ISIS).

Hamawi said that more than 300 families had managed to cross into opposition-controlled Idleb and other areas on the other side of the Raqqa-Salamiyah highway, but said they now faced the risk of regime bombardment.

Those fleeing death do not escape Assad’s prisons

The regime and its militias have arrested many residents attempting to flee from the besieged areas to liberated ones in Idleb.

Sources told Souriatna that regime forces arrested a number of civilians including women and children from among the besieged people in the Wadi al-Azeeb area during their attempt to cross the Al-Saboura–Al-Saan road to Idleb.

Pro-regime pages on Facebook published images of two young men who they accused of belonging to ISIS, adding that they had been captured during fighting. But sources told Souriatna the prisoners in the photo were civilians from the Aqairbat district who were arrested while trying to flee.

Activists said regime forces were responsible for their safety, calling on the international community and relevant entities to prevent a massacre against the prisoners, while also calling for the opening of a safe passage for civilians blockaded in the Aqairbat area.

Harsh suffering for those fleeing to Idleb

The suffering of Aqairbat's displaced has followed them despite escaping the regime's siege. Rights activist Munzer Khalil said: “Most displaced people of Aqairbat headed toward the Abu Haba area in the eastern countryside of Idleb, where they are enduring terrible health and living conditions after sleeping on the ground beneath olive trees without any support or care from civil society groups.”

Khalil said that some groups have helped Civil Defense teams move hundreds of families to refugee camps and villages in the liberated areas, but added: “An increasing number of displaced who have reached Idleb have hindered the groups' work, which has led to some of them remaining without care.”