Activists shame international community for its tepid response to civilian deaths resulting from the campaign to eradicate ISIS, Souriatna writes 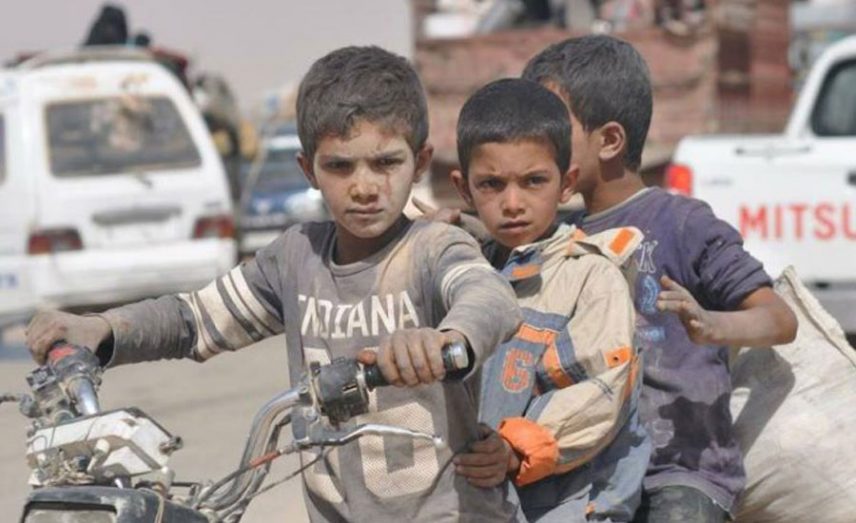 Through the deployment of major reinforcements and heavy airstrikes, the regime of President Bashar al-Assad gradually managed to restore its balance following surprise attacks by the Islamic State (ISIS) group in Deir-ez-Zor and the Syrian desert.

However, a heavy price was paid as hundreds of civilians were killed and Deir-ez-Zor was turned into a site resembling an apocalyptic wasteland, meanwhile the international community was content to stand back, watch and express its concern.

In light of the heavy airstrikes carried out by the regime and its Russian ally, the Russian Sputnik agency said that the regime had on Saturday regained control over the Deir-ez-Zor–Al-Sukhna road after expelling ISIS from three recently captured areas, adding that just 20 kilometers separated the regime from reopening the Deir-ez-Zor–Palmyra road.

Mayadeen: A decisive point in the battle for Deir-ez-Zor

In the same context, Syrian government forces sent new military reinforcements to the countryside of Deir-ez-Zor via Lattakia province on the Syrian coast to make up for the heavy losses it suffered throughout the last week.

These reinforcements, in addition to the heavy airstrikes, helped the regime to advance in the Mayadeen desert in the southeastern countryside of Deir-ez-Zor. Official news agency SANA announced that regime forces had entered the western districts of the city of Mayadeen, and taken control of a number of areas, including the bakery, the Al-Hal market, the silos west of the city, and the Al-Rahba citadel to the southwest.

A secret deal between the Russians and Americans

The battles in Deir-ez-Zor proceed according to a secret deal agreed two weeks ago between Moscow and Washington, allowing the Russian-backed Assad regime to take control of Mayadeen and the towns extending between the military airport and the center of Deir-ez-Zor city. In exchange, the U.S.-backed Syrian Democratic Forces would take the area east of the Euphrates River, namely the oil and gas wells.

However, the regime has not complied with the deal and has tried to cross east of the Euphrates. The U.S.-led international coalition responded by bombing a regime column as a warning not to advance further.

The media activist Houeesh attributed the reason to the SDF’s surprise halt, explaining that “this was based on orders from the United States which commanded the SDF to freeze fronts with the Islamic State in these areas, so that the group can have a chance to advance at the regime’s expense in the western side of the Euphrates and in the desert."

He said that ISIS militants actually managed to advance over a wide area last week and inflict heavy losses on the regime and its allied militias.

From another angle, in the last few days Deir-ez-Zor has witnessed horrible massacres against civilians, the most terrible of which was conducted by Russian airplanes on river crossings between the towns of Al-Ashara and Hajin, with more than 15 strikes killing more than 150 civilians fleeing from fighting in Deir-ez-Zor.

Most of the airstrikes focused on civilian and displaced centers, despite the regime, Russia and the U.S.-led international coalition claiming that they are targeting ISIS positions.

Media activist Mahmoud al-Deiri said: “The volume of indiscriminate bombardment that has targeted the residential areas and health centers is a clear message from the regime and Russia that civilians need to leave the province, especially in light of Iranian militias deploying in the Qasour and Joura districts, which are no longer keeping it a secret that they want to occupy all Deir-ez-Zor.”

The local council for Deir-ez-Zor said in a statement that it was impossible to accurately document the violations in light of ISIS killing journalists and rights activists, which means the real toll higher is than what is reported in the media.

Responding to the massacres, activists from Deir-ez-Zor launched a media campaign under the title “Deir-ez-Zor Holocaust” amid the continuing military campaign on the province, in which they blamed the international community and those responsible for the military operations, both militarily and politically, for the horrors against civilians.

The campaign released a statement saying: “Under the pretext of fighting terrorism and the war against the ‘Islamic State,’ there is no longer any weapon that has not been tried during the military campaign. The bombing has lasted over the last 60 days.”

It added that the province was subjected to about 1,000 airstrikes, at a rate of one strike every hour and a half, resulting in about 600 deaths, 1,500 wounded and the destruction of around 600 homes.