Syrians hoping to avoid the indoctrination of pro-regime educators are forced to front massive costs for private institutions, Souriatna writes 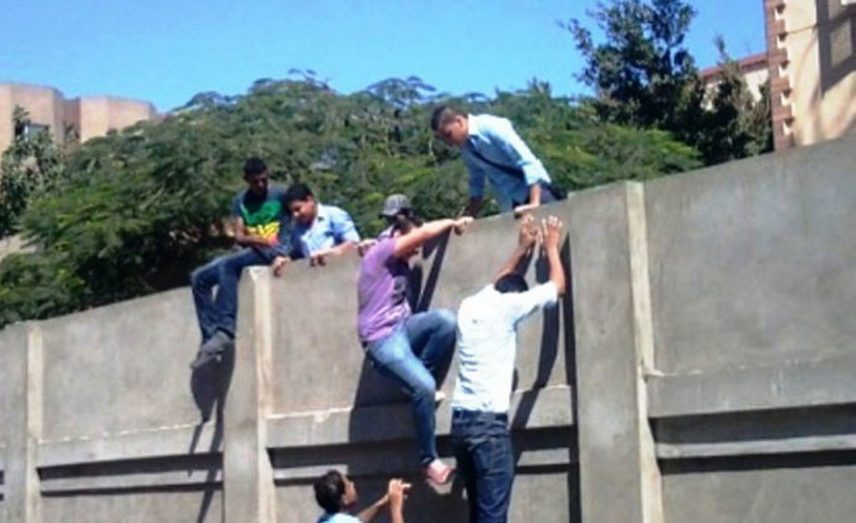 It appears the education sector in regime-held areas is undergoing a rapid collapse as schools become platforms for thuggery, whether in terms of education or morality, which has contributed to a lack of education and rising drop-out rates, increasing the desire of residents to register their children in private schools to ensure their educational future.

“Schools have become security branches and students are on the way to becoming thugs,” said Damascus resident Mohamad al-Abboud (not his real name), who expressed his discontent over the emergence of a video clip showing a student falling from the third floor of his school while trying to raise the Assad flag. In the video, the child can be heard crying to his classmates: “God protect the army.”

Abboud said he sees major changes in the educational situation and the schools growing distant from the aim for which they were established.

“Regime schools are now in a state of chaos and a moral breakdown, the staff does not comply with its work, and a room of instruction has become a place of amusement,” he said, adding: “When we ask as parents about the reason for the shortcoming and the decline in the educational level for children, the answer is, ‘the country is full of private schools.’”

Abboud said: “I registered my son in a regime school in the Al-Zahara district but at the school he learned many foul words and aggressive behaviors.” The father claimed that teachers are turning their classes into forums to praise their love of the army, the nation and the leader, President Bashar al-Assad.

“So I decided to withdraw his papers from the school and register him in a private school,” he said.

Parents have also complained about the increase in tuition in private schools in regime-held areas. In middle-range schools like the Al-Farouq, Al-Tamouh and Mental al-Majid schools the price of registration range from 150,000 to 200,000 Syrian pounds per year, while the fees for higher-level schools, such as the Al-Haditha, Al-Taliq al-Namoozjiya, and Omar bin Abdel Aziz schools, range from 250,000 to 350,000 Syrian pounds.

The premiums of the seventh and eighth grades rise in some schools to 390,000 pounds, and from ninth to eleventh to 415,000 pounds. Meanwhile, baccalaureate level fees sit around 445,000 pounds, in addition to 125,000 pounds for transport. The premiums for registration in private kindergartens also very high, from 125,000 to 150,000 Syrian pounds.

The rise in prices in private schools exceed the decisions of the regime, as the Education Ministry in the Assad government decided to regulate the fees of private educational institutions, with the premium to include health care, educational services and stationery.

A woman from Lattakia who works as a teacher in a private school said: “The private school fees are very high, especially for those who have more than one child. If a person wants to register just two children, he needs at least half a million pounds per year.”

“Every year the premiums rise despite the regime government stressing the need for private schools to adhere to the registration premiums,” she added.

In light of the major rise in private school premiums, many reluctant people have been forced to register their students in the regime’s schools, despite knowing the uselessness and negative effects of receiving this education.

Abou Riyad, a displaced person living in Jaramana, said: “Most of the teachers in the regime schools don’t work and the students are forced to register with them for private lessons.”

He added: “It’s true that the level of education is lower in the regime schools, but I cannot register my children in the private schools as my financial situation doesn’t permit this, since I can barely pay for the house and family expenses.”