After the battle for Raqqa, a new dispute has emerged over which entity will be allowed to administer the former Islamic State stronghold, Souriatna reports 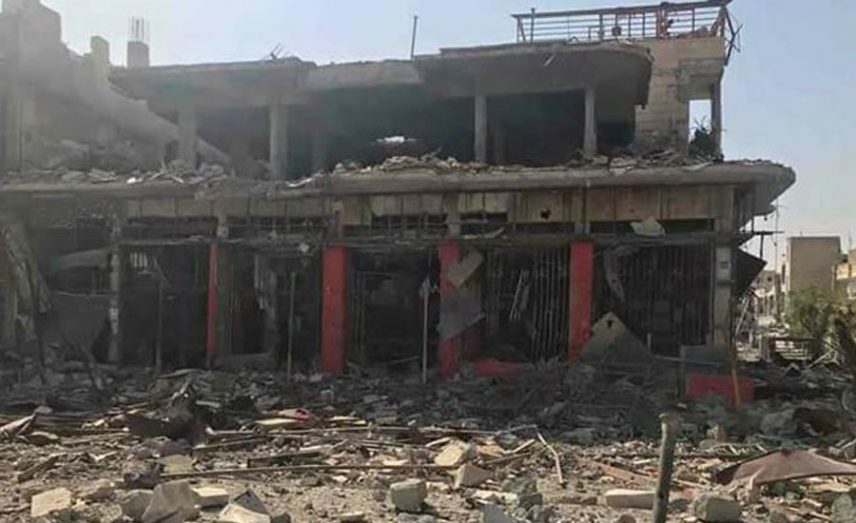 “We fled quickly, leaving in just our clothes. Now it has been a month since the [Islamic State] organization left the city of Raqqa, but we are still forbidden from entering our homes and are forced to wait in a worn tent which cannot withstand the winter,” Hassan Balaq, a displaced person in the Ain Issa camp says, describing the grim reality which he is living, like other Raqqa residents who were displaced as the Syrian Democratic Forces prevents residents from returning.

Before the start of the battle for control over the city of Raqqa, the SDF announced in April the formation of the Raqqa Civil Council headed under joint Arab-Kurdish leadership to oversee the province’s affairs, with the headquarters of the council falling in the city of Ain Issa, 65 kilometers north of the provincial capital. Fourteen committees were formed to facilitate the province’s affairs, with Laila Mustafa elected as co-president of the council. Meanwhile, the Syrian interim government (SIG) has demanded that the Raqqa Local Council in Turkey be considered the sole legitimate authority to oversee the city’s affairs.

The SDF has prevented displaced residents of Raqqa from returning to their city, which has encouraged a group of residents to come out in demonstration to demand that they be allowed to return to their homes. But four civilians were wounded when SDF members shot at the crowd of protestors in an effort to disperse them.

The public relations official in the Raqqa Civil Council, Omar Alloush, explained that civilians were being prevented from returning due to the large number of mines and explosives planted in the city, saying that one of the security agencies had estimated there were up to 10,000 mines remaining throughout the city’s districts.

After turning the page of the battle for Raqqa, the city now resembles a nuclear wasteland similar to that of Hiroshima, as the bombardment of the city began in 2014 and continued until ISIS left, witnessing the complete destruction of various buildings and facilities after facing continuous bombardment for three years.

Saad Shawish, the head of the SIG-backed local council for the city of Raqqa, told Souriatna that “the amount of damage to Raqqa’s infrastructure has exceeded 90 percent, while the amount of destruction to homes is 80 percent.”

Shawish said that the “Raqqa Civil Council under the SDF does not enjoy any legitimacy. The Arab figures in the council are loyal to the Assad regime and have no importance,” adding that the political body “is unable to take the reins of the city’s affairs.”

In contrast, Alloush said that there were no disputes with the Raqqa Local Council, saying: “Those residents of the province have the right to return to their homes,” citing a statement which was read by the council’s co-president Laila Mustafa in a Rome conference saying: “We hope they return with us on the same plane to Raqqa.”

Alloush added that “if the Raqqa Local Council in Turkey returned as a political entity to administer Raqqa, I think this would be no more than a joke. If it wanted to return to Raqqa as individuals and for each to carry out his work — the teacher in the school, the doctor in his clinic, and so forth — we would welcome that.”