Locals claim Western-backed forces are seeking as much as $800 in bribes to clear homes in the former ISIS-held city, Sada al-Sham writes 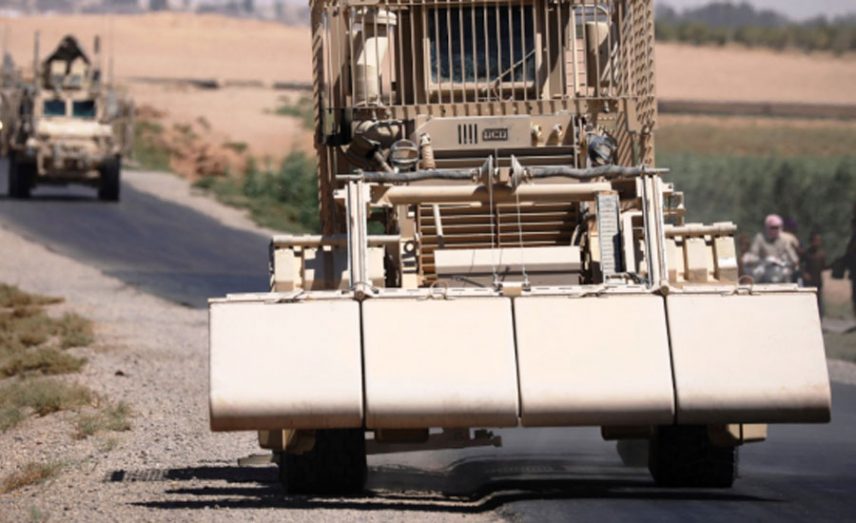 About two months after the defeat of the Islamic State (ISIS) organization, landmines are still claiming the lives of civilians in the city of Raqqa as they attempt to reach their houses which were destroyed during the fighting.

According to local sources, the mines which the group planted before its withdrawal from Raqqa have killed about 40 civilians in a single week, after the Syrian Democratic Forces (SDF) allowed civilians to enter the city.

The sources blamed the SDF engineers tasked with clearing the city’s districts of mines of negligence and inaction in their duties, and saying they take bribes from civilians in exchange for clearing their homes of mines.

The head of the Raqqa local council of the opposition, Saad Shawish, said that “Raqqa is still living with death. Yesterday it was warplanes and artillery shells and mortars responsible for it, and today there are mines continuing that, but with more silence than before.”

Shawish told Sada al-Sham: “Mines today are the biggest obstacle before Raqqa can returning to its life again amid an absence of work from the engineering team, despite their heavy presence in the city.” He said that the international companies working in the mine clearing were training local teams and equipping them to carry out the task of clearing Raqqa’s districts.

However, according to Shawish, the local teams are extorting residents before clearing their homes, adding that some civilians are forced to pay large sums of money of between $400 to $800 to the teams in order to clear their houses of mines.

Shawish said: “The SDF teams are carrying out these deplorable acts without any monitoring by international rights or U.N. entities, forcing residents to pay money because they do not have other options.”

Media activist Mohab al-Nassar said that the SDF engineering teams were uninterested in civilian lives, saying that the team were not clearing anything except the former ISIS bases and were looking for money or documents that the group had left behind which are of interest to the international coalition.

According to the media activist, mines claimed 15 civilian lives in different parts of Raqqa during a single day, as well as a large number of wounded whom the mines have turned into disabled.

In this context, the Civil Forum of Raqqa has called for protecting civilians from mines after the departure of ISIS which left behind its mines, claiming civilian lives under the watch of the SDF forces which bear responsibility for what it calls the “liberation of Raqqa.”

A statement by the Forum received by Sada al-Sham said that throughout November, Raqqa civilians paid the price of 60 victims who had no crime but trying to return to their land and homes.

The statement criticized the inaction of the SDF and the international coalition, who bear legal and moral responsibility because of their deliberate terrorizing of civilians to delay their return and restore their normal lives.

The statement called on the leader of the coalition forces and international human rights groups not to link the return of civilians to the achievement of solutions and political settlements around Raqqa and Syria in general. It further urged spending more labor power and material resources to speed up the pace of mine-clearing in the city before it costs more lives.

It added: “We call for the opening of a neutral international investigation on the reasons for the SDF’s delay of this process, as the ISIS members fled in hours without mines exploding, and victory celebrations and shows of force were carried out.”

The statement called for it to be determined and held to account the “dereliction and financial extortion of people in exchange for trained groups clearing mines.”