Fearing the loss of a generation, residents in rebel-held countryside are helping revive the education sector in whatever way they can 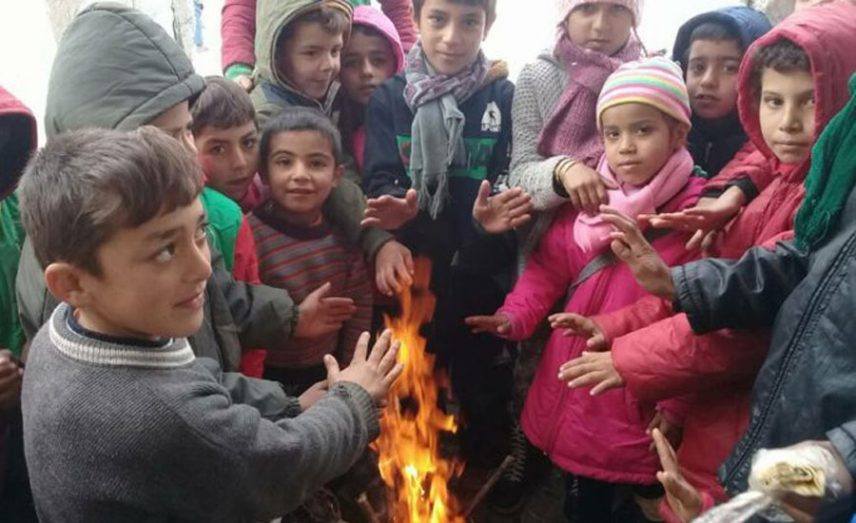 “I returned eagerly to my school after it had been closed for a full year, but I was surprised to find it had no doors or windows, and I did not find most of my friends there.” This is how 9-year-old Mohamad al-Kheder described his experience returning to class in the opposition-held countryside of Hama, where bombardment has damaged most of the schools. The majority of buildings have been damaged in whole or in part, and thousands of students have since dropped out.

The education sector in the rebel-controlled countryside of Hama is plagued by numerous inadequacies, most notably the lack of schoolbooks and stationery, and the difficulty of renovating damaged schools and a large number of facilities going out of service. On top of this, assistance offered by education bodies in the southern Hama countryside is sparse.

The Hama Free Education Directorate has not been able to take any measures to save the education process after support to it stopped more than six months ago, and the directorate’s staff are working without salaries. Meanwhile, there is almost no money to see to the operational costs for the schools.

In light of this reality, the Directorate said that 70 percent of schools were threatened with closure because of the extreme lack of resources.

Omar said that most of the schools are operating without support after the end of a contract to secure assistance from the “Justice and Development Institution.”

The Directorate also said in a statement that if this situation continues, the number of students dropping out could reach 13,000 as a result of the lack of basics for education and means of heating.

The director of the educational assembly in the Al-Ghab Plain, Khalid al-Fares, said that in his area alone “there are 15 schools, including about 3,000 students, in addition to five schools which were totally destroyed and another partly destroyed which need to be renovated.”

With the end of support, the Free Hama Education Directorate instructed all schools to collect cooperation and activity donations from students to secure the necessary items for the schools and ensure their continuation.

Some residents in the Hama countryside carried out civil initiatives to revive the schools. In the town of Kafr Nabouda in the province’s northern countryside, a number of residents repaired the town school, in addition to gathering donations from residents to reopen it. “After a large number of displaced residents of the town returned, the number of students there grew to more than 3,000,” Khalid Abou Ahmed, a resident of Kafr Nabouda, said, adding that “out of fear of these students being deprived of education, we started to restore what we could of the schools in order to make them suitable to absorb the educational process again.”

Civil Defense workers in other areas of the northern Hama countryside have also cleared debris from a number of schools in preparation to receive new students. Meanwhile, in the province’s south, some of the local schools in the towns have rented agricultural land to farmers with the revenues going to support the educational process.

Mustafa al-Othman, a resident in the town of Talaf in the southern countryside, has used his house as an alternative primary school, saying: “I have turned my house to a school to include more than 50 students, most of them 8 years old, teaching them principles of reading, writing and math.”

In light of many schools being halted in rural Hama, some residents have headed toward regime schools in the provincial city in order to ensure the continuation of their children’s learning.

Abou Ahmed, a resident of the countryside, says: “I have four children of primary school age, with two of them over 9 years old without access to a real education. This destroys their lives and futures, and so we were forced to send them with their mother to Hama city to join a regime school.”

Khalid al-Arif, a teacher in the town of Aqrib, warned of this, saying: “Parents fear the loss of their children’s future, especially students at preparatory and secondary levels, which pushes many of them to resort to regime areas to educate their children, and with the schools stopping, we will see a larger number of displacement of residents to regime areas.”