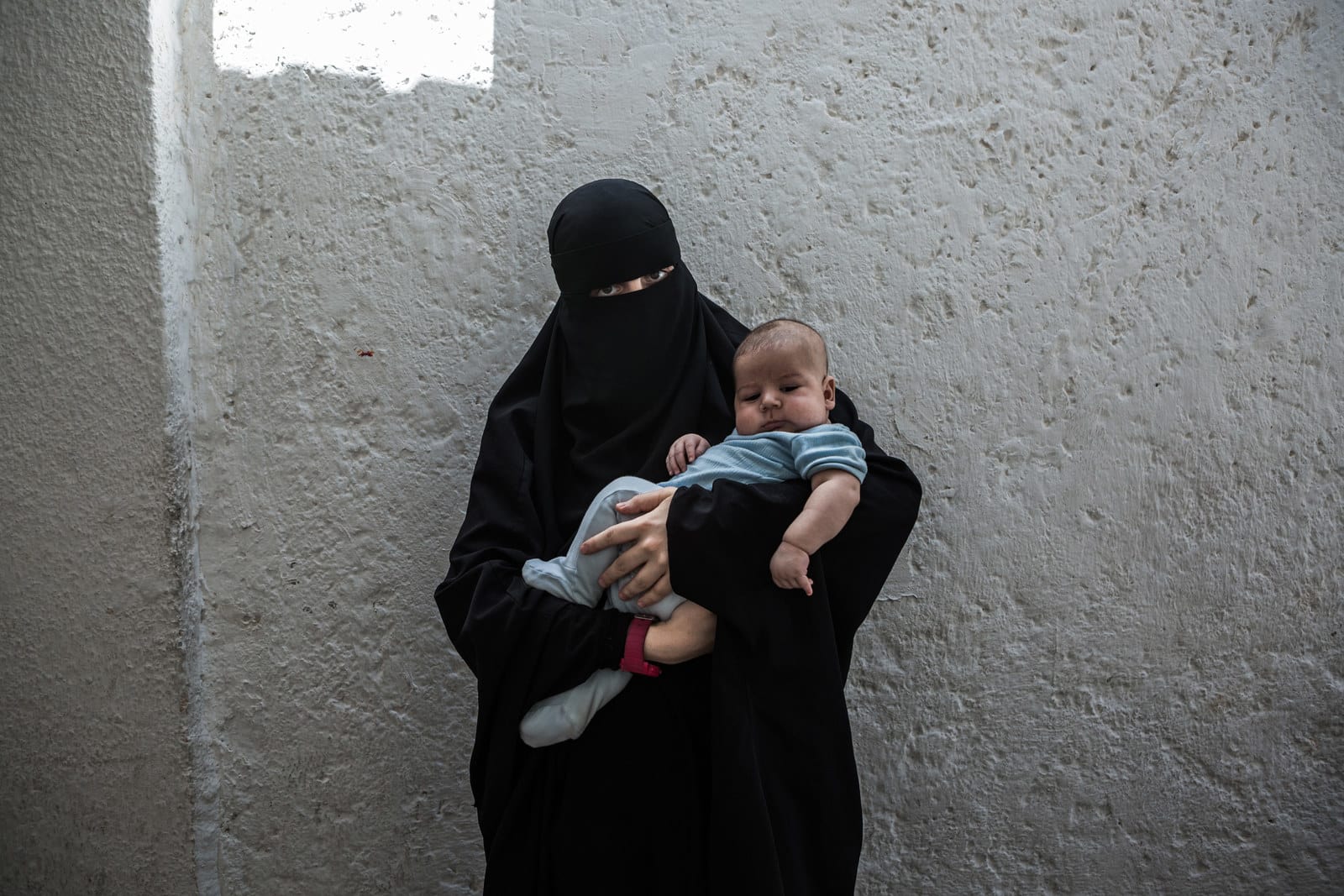 Since the start of the revolution, Syrian women have been marrying foreign fighters from outside Syria. Most marriages — if not all — fail, with the wife often being divorced or widowed. But the outcome is much worse if there are children.

There is an additional obstacle alongside the lack of recognition of these children inside the countries where the parents are from, given that they are affiliated to Islamist groups. There is a lack of civil registration for them in Syria and in some cases the name that the father went by is not real, and as such the child has no lineage and the woman is without official papers establishing her marriage.

One Saudi foreign fighter's wife, 21, from the eastern countryside of Idleb, who preferred not to give her name, told Zeitoun: “We were three friends who went out in the town’s protests sometimes, and we did not wear the niqab. My friend married one of the Australian foreigners and moved. I was persuaded by the idea and agreed to marry a Saudi foreigner fighting in Ahrar al-Sham.

“At the beginning of our marriage, he treated me well. But that did not last long. After a month and a half had passed, he began to change and started to leave the house for long periods, claiming it was for fighting and travel. Then I learned he was in his group’s base when he was gone, not fighting or traveling as he claimed. Our relationship worsened to some extent. I got pregnant, but an air raid nearby caused me to lose the pregnancy, and after that my husband went to Turkey and did not come back.”

She added: “After he traveled there, news of him completely stopped for a period, and then I later learned the Turkish authorities had arrested him and turned him over to the Saudi authorities, who put him in jail and gave him a life sentence. My brother filed a lawsuit for me and I was divorced from him after a marriage which lasted no more than seven months.”

Her second friend married an Algerian fighter who was a commander in the Islamic State (ISIS) organization.

She told Zeitoun: “I lived happily with him, but for a very short time. My husband was killed in the fighting when ISIS left Idleb at the start of 2014. I gave birth to a child he never saw, but I am in touch with his family in Algeria. They proposed that I come live with them, but I declined and stayed in my country.”

The third friend, 21, who married an Australian fighter, was the first one of them to undergo the tragedy of registering her daughter. She spoke about her experience, saying: “I was living happily with my Australian husband. We did not allow language to be an obstacle to our marriage. We were able to understand one another through signs and gestures, until he was killed in the battles of the ISIS group, which he belonged to, in the Idleb countryside at the start of 2014. This was after less than a year of our marriage. I gave birth to a daughter and was unable to register her in his name, which forced me to register her in my brother’s name because I did not have any official documents that allowed me to register her under the name of her Australian father.”

Marwa, from the Idleb countryside, married an Egyptian man who came to Syria to fight alongside the Islamist groups. She had two children with him. She told Zeitoun: “I gave birth to two children from my Egyptian husband. We do not have an official contract for our marriage. The marriage registration was only with the village sheikh, and now my children are unregistered and do not have any official papers, while their father cannot give them Egyptian citizenship because he cannot return to Egypt. I also cannot prove my marriage in an official court and give them their most basic rights.”

There is no doubt that these marriages would not have been possible without the Syrian war. Until security and peace return to Syria, many women will continue to undergo similar harsh experiences which will have an effect on Syrian society in the future, given women’s role in it.