Militias subordinate to regime agencies are operating with near impunity in the western province, according to Sada al-Sham 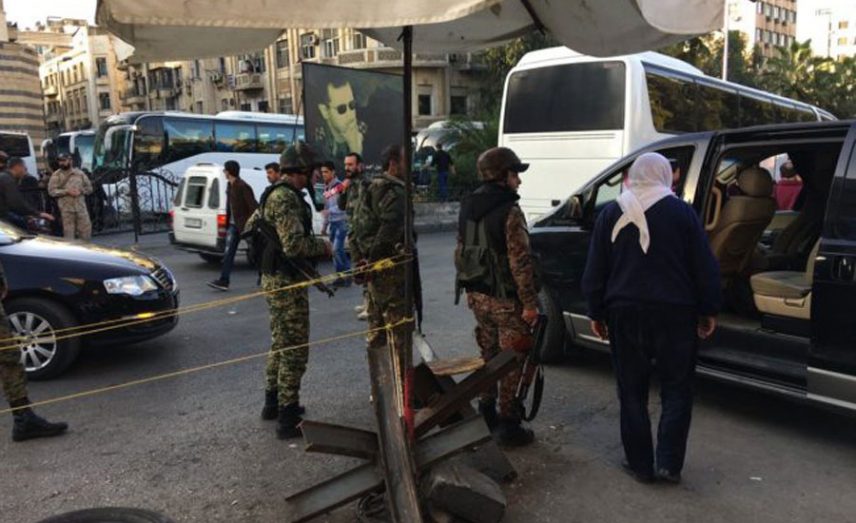 The number of militias loyal to the Assad regime has seen an increase, as virtually anyone with money can set up a private armed group with the aim of increasing his wealth and influence within the regime confines. It is no news to say that the work of these militias is based primarily on theft, looting and extorting civilians by all available means, and then secondarily on fighting against armed rebel groups. Recently, the presence of these formations has spread widely in the city of Hama and under various names connected with Assad regime security branches, coinciding with a rise in thefts from houses and stores and the stealing of cars.

Omar, a local man in his 20s, said that more than five incidents of home break-ins had occurred over the last week, in addition to the theft of more than 10 cars, especially in the neighborhoods of Al-Baath and Al-Bassil, and west of Al-Meshtal, which are remote neighborhoods in the city whose streets are empty of pedestrians at night. These areas are sectors belonging to the military whose duty is to preserve security, “but in reality, they facilitate the work of these militias,” according to Omar.

The young man said that those behind these operations are “members of military and air security themselves” pointing to an incident which occurred days ago in the district of Al-Saboniya where officials arrested a number of militia members for stealing cars from the district at 3 a.m. Gunfire was exchanged between the two sides, ending with the thieves being arrested. Those apprehended belonged to a group called the “Military Security Shield,” which is under the authority of the military security in Hama.

The incident provoked a reaction among loyalist circles, who hurled insults on social media pages toward these militias and those who run them, people who should be “working as support forces for the regime army and not stealing from residents and civilians,” as one post put it.

In another incident, a group known as Al-Taramih was arrested for kidnapping residents of wealthy families and demanding ransoms up to millions of Syrian pounds. Al-Taramih is under the authority of the air security in Hama.

Amar al-Hamawi, an activist in Hama, told Sada al-Sham that motivation for these crimes may come from “the regime neglecting to give salaries to these groups, which are established by traders, as is the case with the groups of Suhail al-Hassan and Al-Daqaq in Hama and elsewhere. Therefore these members find themselves justified in stealing and kidnapping.” The activist noted that “these groups include a corrupted segment of young men of the city and the Hama countrysides, with some members convicted of murderer, kidnapping and theft, who bring their criminal skills to groups specialized in their criminal work, as is the case with most groups today.”