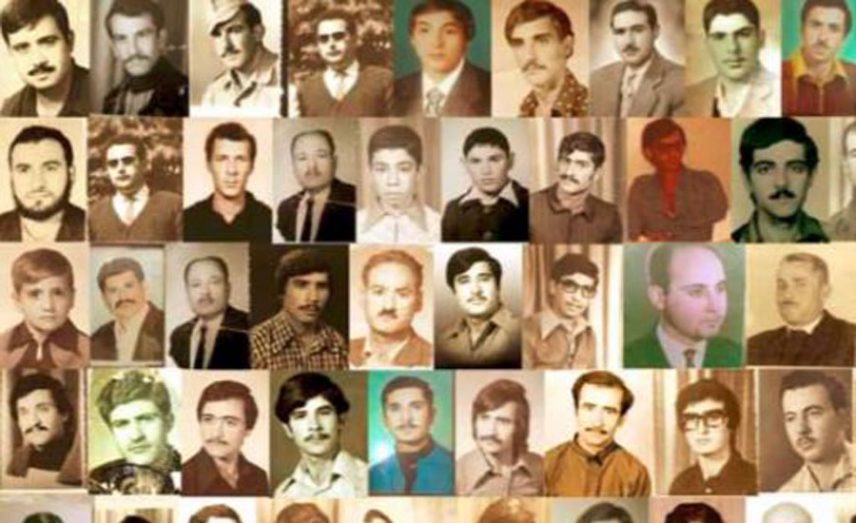 Feb. 2 marked the 36th anniversary of the Hama “incidents” in which the regime of the late Hafez al-Assad carried out massacres and atrocities against civilians. Various rights groups and newspapers there documented the stories of survivors who lived through the events, tasted its horrors and remained alive. Here are two of these stories told for the first time to Souriatina.

Seeking life among the corpses

“A few days after the massacre, I went to the national hospital in the city in response to a request from my uncle to look for his son there. When I entered the southern doors of the hospital, I was shocked to see about 100 corpses stacked there, most of them stripped of clothing with clear marks of torture on their bodies. What most drew my attention was a corpse of a man whose neck had been broken by using binding, similar to that used by carpenters, and which was left hanging around his neck.

“I noticed in the surrounding streets that forces had deployed wearing white clothes. Some of those who were in the hospital told us that those were special forces of the defense brigades who had recently arrived and been assigned the task of storming buildings and arresting and liquidating those who remained in the district south of the stadium near the hospital.

“After about a month I learned that they had discovered dozens of corpses, with three among them who were still alive in the Awqaf [Islamic endowments] building in the Al-Dabagha area. When I reached the area I looked for my cousin who we hadn’t any news about after he was taken on the day of the massacre. I looked among the corpses and I didn’t find him. Then I went to the national hospital to ask those still alive if anyone met or saw him.

“I reached the hospital without anyone stopping me as I had a security clearance from the presidency of one of the state institutions, and there I found survivors — they were Mr. Taher al-Assoud and a man called Ghazi al-Faham, as well as a young child. I knew Mr. Taher before, and there were rumors that the forces in the hospital were taking the wounded to an unknown location and interrogating them and then getting rid of them. I asked the three of them to leave the place as soon as possible before the investigators came. Mr. Taher was not strong enough to move, and so I wrapped him in a blanket and carried him on my shoulders. He was very light due to 30 days of hunger, and he did not weigh more than 40 kilos. Luckily no one stopped me as chaos reigned in the area. I put him in the car and drove to the city of Homs to take him to the Al-Assoud hospital which was run by a relative.

“From the entrance, the city seemed busy with a football match between the Al-Wathba and Al-Karama teams, with flags and parties filling the streets. There was nothing but talk about the match. I told people what was happening in Hama, and they laughed and couldn’t believe what I told them.”

— Mohamad B, a Hama resident who witnessed the massacre and its aftermath and helped look for missing.

Alive among the corpses

"My husband was taken on the Black Friday [the biggest massacre after the end of military operations] from our home which is in the Al-Sheikh Anbar district, and transported with dozens of others to the second industrial school near the Ain al-Lowza roundabout and was held there for 18 days. During that time he was tortured until the investigators thought he was dead. They threw him out with dozens of corpses near Al-Jisr Street. Although he remained alive, he failed to move and get out from the pile of corpses. He was found by someone looking for his relative, and was pulled out from among the corpses and saved along with another person from the Al-Araour family."