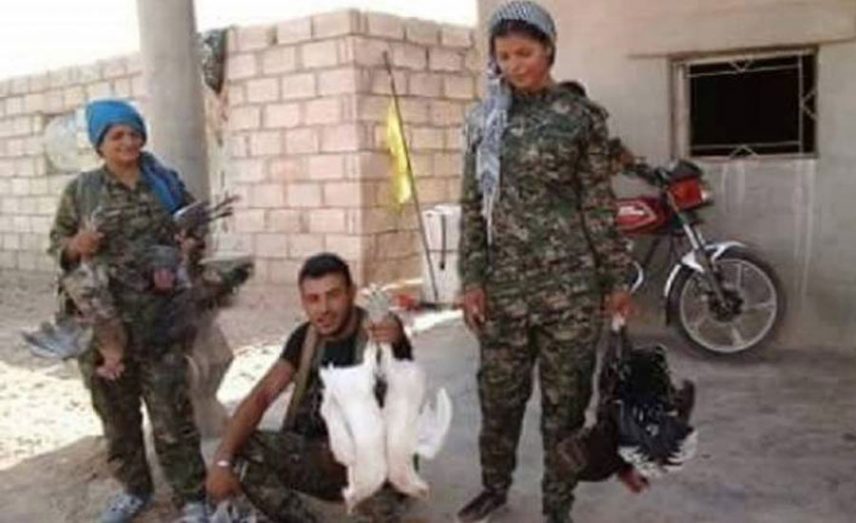 Despite the Syrian Democratic Forces' repeated attempts to project a positive image as a savior and rescuer of the residents of Deir-ez-Zor from the Islamic State (ISIS) organization, the SDF has carried out in a short time numerous violations and crimes against civilian residents which resemble those by ISIS during the period of the jihadist group's control.

In the first week of February, SDF fighters killed Al-Hajj Awad Hamoud Salih al-Habib, from the town of Al-Shaheelo east of Deir-ez-Zor. Following a row, SDF fighters fired randomly and killed Al-Hajj Awad, wounding two others, before fleeing in a four-wheel-drive vehicle. After the incident, residents captured seven fighters from the SDF, who apprehended the killer and tried to calm the situation through mediators from the village.

Days later, in a malicious raid by SDF members on a house in the town of Ghraneej east of Deir-ez-Zor, under the pretext of looking for weapons, the fighters did not hesitate to fire on a woman and a child, killing them immediately. Abou Mohamad, 60, a witness to the incident, said that an SDF patrol accompanied by the brother of a former ISIS emir, Ahmed al-Razaj, raided the home of Salih al-Matar in a provocative fashion, which had caused the residents to evict the SDF patrol.

The fighters went back to their car and fired randomly toward the gathered residents, killing the woman and child and wounding four other people, according to witnesses. Before this, a video on social media spread showing a man named Zahed Hamad al-Abdallah, a leader of the SDF's Jagdar regiment, who killed an unknown person, on claims the victim was a member of ISIS. The SDF did not comment on the incident.

These incidents display the SDF fighters' disregard for human life, not distinguishing between their tyrannical sense of power and control and discrimination between a man, woman and child.

In other incidents recorded against unknown victims, dozens of people have been killed, especially while crossing on desert roads in the Jazira region. Many victims were displaced people fleeing death from air raids, bombardment or at the hands of fighters from the regime or its militias on the right bank of the Euphrates.

No investigations into the killings of displaced people have been opened by the SDF after it became the controlling force in the region. Even in incidents in which an investigation was opened, the results have been disappointing, as it is easy for the accused to deny and evade the consequences of their crimes.

In Deir-ez-Zor today, residents avoid movement between the towns between sunset and morning, and also avoid passing through some SDF checkpoints even during the day. Abou Salah, who is 45 and from the town of Hajein, says that he was recently stopped at an SDF checkpoint near the Al-Tanak oil field and was threatened by an SDF fighter who put his pistol to his head. Abou Salah said: “‘You’re an ISIS member…’ [the SDF fighter said], I swore to him I had nothing to do with them and he didn’t believe me… and he agreed to let me go if I paid him 200,000 Syrian pounds… I was forced to pay what I had so he would leave me alone.”

Abou Khalil, 50, from Abou Hamam, related a similar story, whereby he passed a checkpoint on the road from the displacement camps in the desert, carrying barrels of fuel in his car. “At the checkpoint they told me to bring some barrels down to them. I wasn’t happy, so they got angry and started threatening me in the worst language and gripping my beard. They didn’t leave me alone until they took all the money I had.”

From the western countryside in Mohaimaidiya, Abou Jalal says that he escaped with his life when he tried to object to SDF fighters who were blocking the road in the evening. “They asked me to come out of the car and run without looking back, and when I refused, they fired in the air before I obeyed them and I left the car and left.”