Lamenting the loss of their homes and livelihoods, there is little for Afrin's Kurds to celebrate this Nowruz, Middle East Online writes 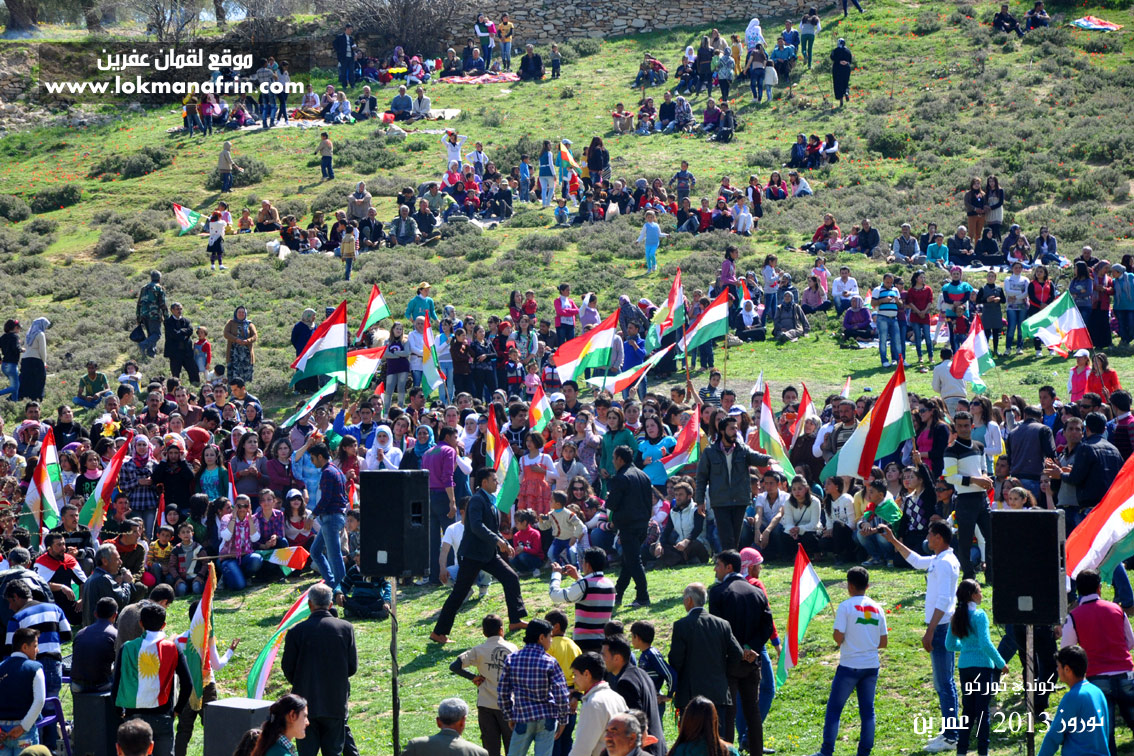 Rashida laments the security she long enjoyed in the city of Afrin before finding herself overnight at the mercy of bombardment and then displaced, leaving behind her new house, where she was unable to enjoy the Kurdish Nowruz holiday.

The Nowruz holiday at the start of the spring each year usually reunifies Kurdish families and is a chance to revive their traditions and heritage, but today has become depressing and sorrowful, after the Turkish forces and their Syrian allies imposed their control over the city of Afrin on Sunday.

Rashida Mulla Ali, 40, who was displaced from the city of Afrin, “built a house in Afrin just eight months ago. We had everything, and then the war began.”

Rashida continues: “I left my house which was like a palace and now I live in this house with 50 people.” She added: “We left a shop with foodstuffs worth 3 million Syrian pounds [about $7,000] at least.”

Rashida and her family were displaced from the southeastern side of the city to the village of Al-Ziyara in the Afrin countryside, where there are Kurds and forces loyal to the Syrian government in the Aleppo province of northern Syria.

Rashida lives with a large number of women in a small room of the house and sits on the floor around breakfast, weeping over what they have lost, surrounded by their children.

One of the children comforts Rashida, who wears a traditional emblazoned Kurdish shawl on her head, and another child approaches, patting her on the shoulder.

Rashida says that “death was easier for us than leaving our house,” and adds, “my uncle left the olives and oil, and now has nothing to eat.”

Afrin is an excellent agricultural area, with olive trees known for their pure oil and soap which is of the best quality of the famous Aleppo soap.

March 21 had been a day to celebrate Nowruz with her family and mother, but has turned into a “tragedy, displacement and a lost people who do not know what to expect,” she said.

Over the last few days, more than 250,000 people fled Afrin city, before Turkish forces and loyal Syrian forces took control of it on Sunday, and now the city has become almost vacant of people.

Tens of thousands have fled to Afrin's neighboring towns, including Nubl and Zahara, which are under control of fighters loyal to the Syrian regime. In these two towns, displaced have taken refuge in silos and schools, and are sharing houses, as well as sleeping in cars and renting homes at high prices.

Rouhan, 38, says “I have no taste for anything outside Afrin… especially the Nowruz celebration, because it is more a symbol than just a party.”

She adds: “There is no meaning to Nowruz outside Afrin… Afrin is our heaven.”

“I have not forgotten the moment we were displaced, when we moved a short distance and turned back to take a last look at it, I felt helpless and tormented,” Rouhan contiues.

With the same tone, Mohamad Zaki tells how he fled from a village which Turkish forces took to the city of Afrin to live in a house with five other families. Not long after, the man, whose hair is flecked with gray, found himself forced to flee again when the heavy bombardment started to strike the city with the advance of Turkish forces.

He says: “If we were not in the basement, we would have died… we fled on foot and took nothing but our clothes.”