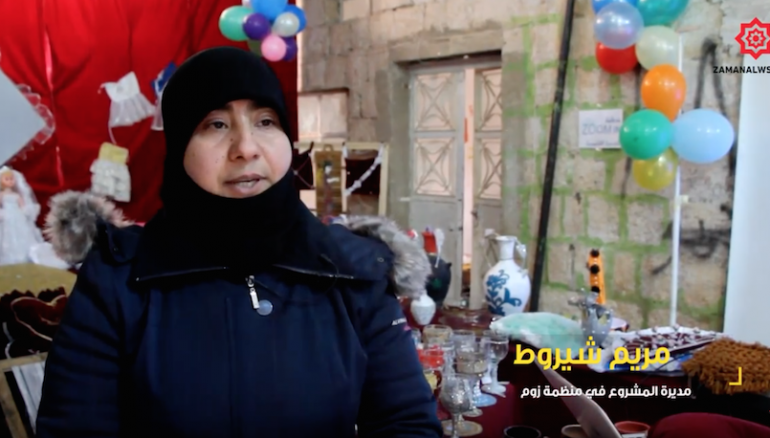 A Syrian organization based in northern Idleb province has held workshops and exhibitions seeking to "rehabilitate" the newly evacuated women of Damascus and its eastern suburbs who suffered at least six years of siege.

Zoom In, an NGO, says its two-day exhibition aimed to integrate the Damascene women with their fellow women in the opposition-held province through teaching them new crafts, such as embellishment, embroidery and sewing to help them surpassing war difficulties.

The project included several courses for the empowerment of women, including a first aid course, professional courses, and ones on recycling and decorating commercial products. The project also included psychological support sessions for women.

The workshops ended with an event that showed what women had produced in spite of the difficult circumstances and the suspension of work several times due to aerial bombing.

Idleb has been a haven for tens of thousands of rebels and civilians who were forced to abandon their homes in other parts of western Syria that the government and its foreign military allies have recaptured from rebels.

It has already been the target of intensive strikes by the Russian and regime air forces over the past year that have killed thousands of civilians and destroyed hospitals and Civil Defense centers.