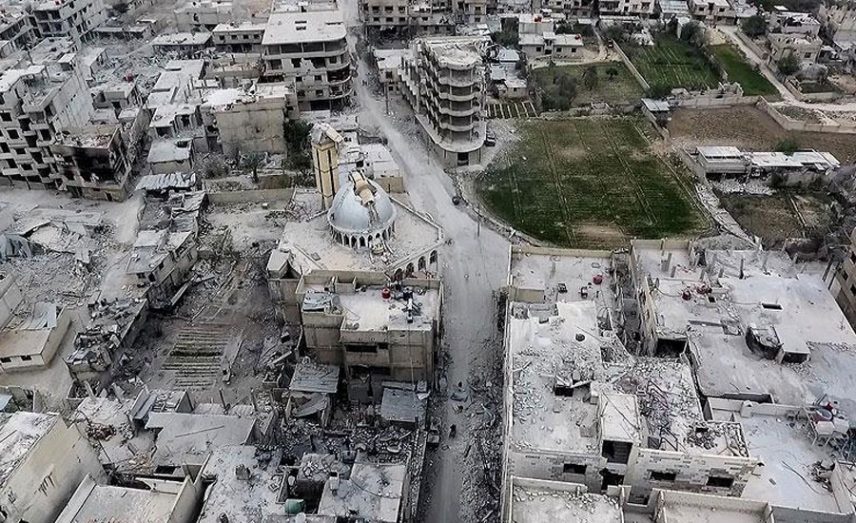 The Assad regime on Monday issued Legislative Decree No. 10 for the year 2018, which stipulates the formation of a new organizational real estate unit whose task is to review ownership maps with the aim of stripping Syrian citizens who are opponents of the regime from their properties in areas from which they fled by setting a short deadline for them to establish their property rights, amid fears that they will be taken for regime loyalists or for naturalized people who have come from Iran or other countries to support it in the war against the Syrian people.

The text of the fifth article of the decree states: “The administrative unit shall, within a period of a week from the date of the decree’s issuance, request the establishment of the organizational zone from the Directorate of Real Estate Affairs and the Provisional Registry Directorate, or any public entity, to authorize an instrument for its establishment, keep records of property documentation and prepare a list of names of property owners in accordance with the property records or digital registry, including the signals noted on its sheets.”

This decree comes after the forcible displacement of Eastern Ghouta residents, in a continuation of a chain of crimes under the pretext of administrative zoning. Many rights activists believe that its aim is to manipulate the property of displaced and opposition members and to exploit them in a legal fashion.

The legal adviser Khalid Shehab al-Din told Zeitoun that this decree would circumvent rights by rezoning what was already zoned and establishing new administrative units within an area which had been zoned and officially registered for years in the Property Registry. This step serves to exploit the absence of the displaced owners of these properties and their inability to appear before the zoning councils during the short legal period and to offer proof of their ownership.

Shehab al-Din noted that this decree would target the areas from which residents had been expelled and areas that had come out calling for the downfall of the regime, as a way of taking revenge against them, exploiting their properties and redistributing them on a sectarian basis, first of all, and as spoils of war for those who joined the ruling gang in its war against the people, second. It will thereby fix demographic change in fact and officially in the property registries, he said.

Shehab al-Din’s assessment from a legal perspective is that the country is in a state of war and instability and that a law such as this cannot be implemented except in a state of security and stability so that all citizens can defend their rights and appeal the decisions.

He asked how assets whose owners are established in the real estate registry will be zoned as if they are not registered.

Shehab al-Din denied the possibility that those outside Syria or outside the regime's areas could give power of attorney to any relative to establish their presence in areas under regime control, because any representation required regime security approval, and therefore the representative would be arrested and liquidated immediately.

The regime government preceded this law with a number of laws aiming to strip citizens of their properties in opposition areas from which residents were expelled, such as Decree No. 3 for the year 2018, which provided for removing building rubble and selling it under the pretext of reconstruction.

This decree comes after the expulsion of 48,539 people from the Eastern Ghouta and Damascus over the month of March, in addition to previous expulsions such as Daraya, Best Jen, Modhimiya, and elsewhere.