The jihadist group has taken advantage of regime forces' inaction by advancing deep into the desert region, according to Enab Baladi 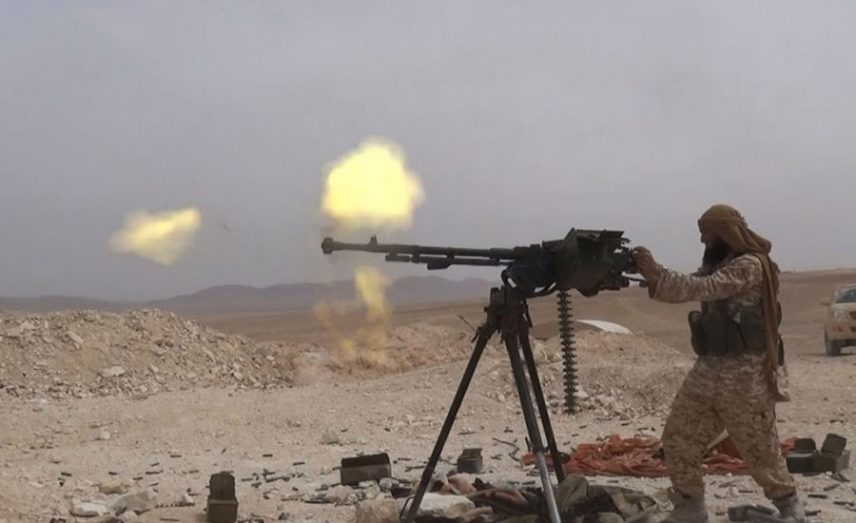 The Islamic State (ISIS) group is returning to the Syrian Badiya (desert) once again, with a surprise attack that it carried out on Assad forces' positions.

During the assault it took control over strategic positions set up on the southern side of the city of Al-Qaryatayn, east of Homs, amid remaining questions about its aim – whether it will continue to advance toward Eastern Qalamoun or return to its previous positions after a surprise attack aimed at obtaining weapons only.

The group’s advance comes after a withdrawal from its fronts about a year ago following a battle that was started by rebel groups operating in the area, during which they managed to expel the jihadists from positions within the administrative borders of the Deir-ez-Zor province.

The Badiya desert region covers wide areas from east of Suweida to the southern Damascus countryside and the Homs and Hama countryside, up to the eastern region (Deir-ez-Zor), and is witnessing American-Russian conflict, with Moscow’s official statements becoming sharper, accusing Washington of preparing to strike the regime and target its forces with heavy weapons, planes and cruise missiles.

The group’s advance came on Saturday evening, April 7, and media sources from Al-Qaryatayn told Enab Baladi that it took control of the areas of Al-Saba Beyar and the Zaza checkpoint in the Syrian desert, in addition to the gas well south of Al-Qaryatayn.

The sources added that the advance came after President Bashar al-Assad’s forces withdrew from their positions without any fighting. They added that the group is trying to reach the Al-Mahsa area east of Al-Qaryatayn from which it withdrew in March last year.

Going back to the first months of 2017, the Free Syrian Army took control of wide areas from the group, most prominently Bir al-Efaae, Jabal al-Efaae, Jabal al-Zaba, Jabal al-Zabidi and Jabal al-Naqab, as well as the Scientific Research Division, the Abu Risha dam, the Al-Makhoul checkpoint, the Zaza checkpoint and the Al-Saba’ Biyar area in the eastern countryside of the Damascus, Homs and Suweida provinces.

However, the FSA's fronts saw a major retreat at the end of 2017 in favor of Assad’s forces and Iranian militias, limiting it to the environs around the Al-Tanf border base and the towns of Eastern Qalamoun.

ISIS has not commented on its expansion in the desert and no statement has been issued by Assad’s forces around its withdrawal from the area.

According to the map of control on the ground, the organization has advanced from the pockets it controls west of Albu Kamal, and the length of the area it has taken control of has expanded to about 160 km.

The Zaza checkpoint now controlled by the organization is in the Palmyra triangle. Its importance lies in the fact that it is the first line of defense for the Al-Sin airport, as well as the fact that it is a threat to the FSA groups working in the Al-Tanf base and the 55-kilometer area.

The Al-Saba Biyar area overlooks the Al-Sin airport, Al-Damir, the Baghdad highway and Abu al-Shamat, and connects the Suweida countryside with the Damascus and eastern Homs countrysides.

The ISIS mobilization coincides with reports obtained by Enab Baladi last March about the intentions of American-backed groups in the desert to begin a broad military action with the aim of taking control of areas reaching up to the Deir-ez-Zor province border.