For the first time in years, Syrians in Raqqa can choose to observe a relaxed Ramadan, without the rigid regulations imposed by the Islamic State group and their religious police writes Al-Araby 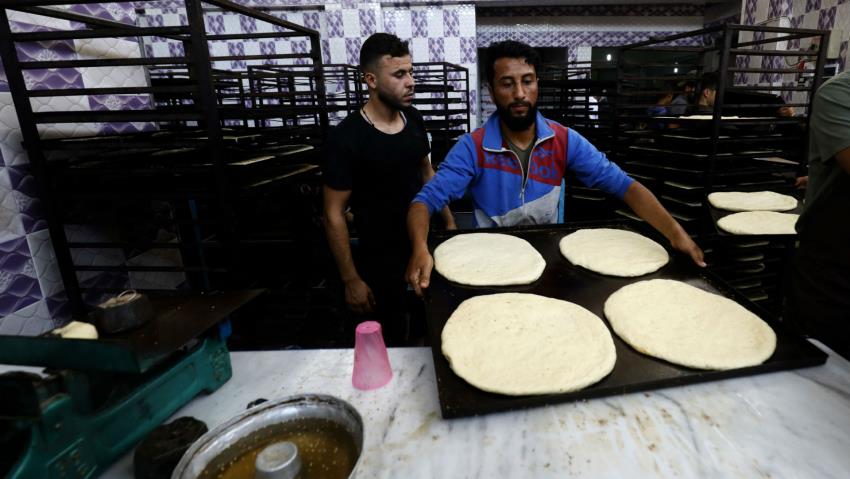 "We are free to fast or not," says Ahmad al-Hussein, a resident of the northern Syrian city that was the inner sanctum of IS's self-styled "caliphate."

"We used to fast in fear, but now it's out of faith," the stonemason tells AFP.

For more than three years, residents of Raqqa were subjected to IS' ultra-strict interpretation of Islamic law – particularly stringent during the holy month of Ramadan.

During Ramadan muslims around the world fast from dawn until dusk, but in IS territory, anyone caught eating or drinking water was subject to draconian punishments.

"Those that didn't fast were locked in an iron cage in a public square, under the sun and in front of everyone, to serve as an example," recalls Hussein, in his forties.

A US-backed offensive ousted IS from Raqqa in October, after months of clashes and bombardment that left much of the city in ruins and littered with explosives.

Still, tens of thousands have cautiously returned to their homes and last week marked the start of what they hoped would be a more festive Ramadan.

Hussein says he will observe the day-long fast, but is excited to resume one custom in particular: gathering around the television with his family to watch month-long drama series aired specially during Ramadan.

IS had clamped down on satellite dishes and any form of entertainment seen as contrary to religion.

"We missed these Ramadan traditions. For four years under IS, we were banned from watching these series," Hussein tells AFP.

Already, Ramadan feels different, with those opting not to fast eating publicly without fear of retribution.

Young men gather at a restaurant in the city centre, sipping on chilled fruit juices under the scorching sun.

An employee carefully slices slabs of meat that will be barbecued for juicy sandwiches.

"During IS' reign, we could only open our restaurants two hours before breaking the fast," says owner Dakhil al-Farj.

Anyone seen eating during the day was arrested by the hisbah, or religious police, he recalls.

"Now, we start serving customers at 10 am. People are free. Those that want to fast do, and those that don't are also free not to," Farj says.

IS' defeat in Raqqa came at a heavy price.

Residents are still losing their lives to the sea of unexploded ordnance left behind by the militants.

Bombing raids by the US-led coalition backing the offensive against IS flattened entire neighbourhoods, and rebuilding efforts have been slow.

Many districts still have no electricity or running water, and there are barely any jobs.

That means many are unable to afford a lavish iftar, the sunset meal that breaks the daytime fast.

Huran al-Nachef, a 52-year-old Raqqa native, will pick up a few tomatoes, cucumbers, and potatoes for a modest meal.

"It's all obscenely expensive and there's no work," says Nachef.

His children look for odd jobs every day to try to provide for their families, but can barely break even.

"Those with money can prepare iftar, but those who are poor like me can't help but feel sorry for themselves," he says.

Nadia al-Saleh, another resident, shuffles into a bustling bakery to pick up maarouk, a brioche-like pastry covered in sesame seeds that is ubiquitous during Ramadan.

"We're buying some pastries to make the kids happy, make them feel the Ramadan spirit," says Saleh, whose hair is covered by a dainty midnight-blue shawl.

"We're still homeless. We're living with other people, our husbands have no work. Our situation is really tough."

"There's no comparison. Despite all the destruction, people are extremely happy that the nightmare is over," he tells AFP, dressed in a traditional bright white robe.

Under IS, he was sentenced to 40 lashes and three days in prison, and his bakery was forced to close for two weeks.

Why? One of his youngest employees tried to hide when the hisbah was rounding up men for obligatory prayers.

"This year, we are going to fast without IS. We're going to live however we want, in total freedom," says Abu Badih.