Russia might not continue to tolerate an Iranian presence in Syria, if it affects their relations with Israel and America reports Sada al-Sham 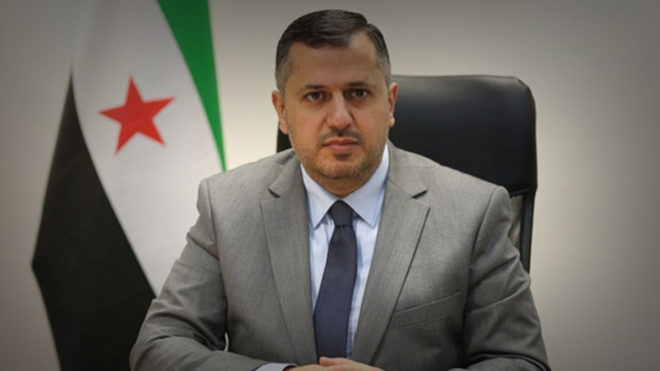 A member of the political bureau in the Syrian National Coalition for Revolutionary and Opposition Forces, Mohamed Yahya Maktabi, said that coalition currently had a number of priorities, most prominently the coalition’s presence inside Syria, and likewise the attempts to support the Interim Government’s work, and finally following up on the efforts to document the regime’s crimes and the issue of prisoners held in Assad’s prisons.

In an interview with Sada al-Sham, Maktabi expressed his regret at the withdrawal of some coalition members, but at the same time he downplayed their impact on the proceedings of the coalition’s work and he expressed his respect for their decision to withdraw.

In another context, the political bureau member did not rule out Russia selling out the Iranians, a reference to remarks made by Coalition President Abdul Rahman Mustafa.

Maktabi closed his discussion with Sada al-Sham by saying that the appearance of the regime president, Bashar al-Assad, in Sochi, “confirms again he is no more than a petty card, manipulated by Russia first and an agent for Khamenei in ‘useful Syria’ second, and that he commands nothing on his own.”

Maktabi added: “We believe that Russia could sell out the Iranian presence in Syria in exchange for maintaining understandings of their interests with America and Israel. The comments of Mr Abdul Rahman Mustafa, the coalition president, come in the context of our interests as Syrians in trimming the claws of Iran and its militias which are ravaging Syria and this is certainly in the interest of a number of regional countries… In addition to this, there are all the crimes of demographic change through the manipulation the civil registry and the recruiting of a large number of foreign mercenaries who are under Iran’s authority and being settled in places where Syrians have been forcibly displaced. This is in addition to the scrambling of the social fabric, the theft, rigging and other crimes which are a preliminary step for Iran in case it is kicked out of Syria militarily. Wherever you find Iran, you find chaos, strife and crimes.”

With regards to the southern area, Maktabi said that the situation there is different from eastern Ghouta and the Homs countryside. He added: “It’s true that Russia has no covenant or charter as it did with our people in eastern Ghouta and the northern Homs countryside, which were part of the de-escalation agreement, whereby Russia induced them to leave after heavy, monstrous bombardment. But the situation in the south could be different and the decision here may not be up to the Russians alone. However there is no guarantee and we are following the issue closely and carrying out the necessary communications.”

Regarding Assad’s recent visit to Russia, Maktabi said that Assad had become a burden for Russia for the following reasons: First, the issue of Bashar al-Assad’s crimes, which are too big to conceal or cover up, and the rope of justice being slowly wrapped around his neck. Second, there is an international movement to stop the destructive role of Iran in the region, as we previously noted, and this will not be accomplished as long as Bashar al-Assad remains in power. Third, and this is the most important, the eradicating of terrorism and extremism in the region, and this will not be achieved by keeping Bashar al-Assad afloat and turning a blind eye to the terrorism he has used against the Syrian people with all manner of weapons, especially those which are internationally banned, such as the chemical weapons. Eradicating terrorism and extremism is in the interests of Syrians, the region and the world as a whole, and to achieve all that, Assad’s dictatorship must be eradicated.