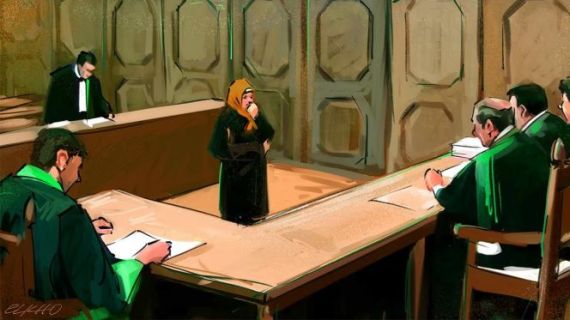 Sources in the Sharia Court in Damascus announced the end of the amendment to the draft of the Syrian Personal Status Law, saying that the amendment included many issues, such as compensation for cases of arbitrary divorce, whether rich or poor.

In a statement to Al-Watan, the sources added that women were previously only compensated in cases of poverty and misery. They said that this had been unfair to women and that previous requests to amend this item had been made because arbitrary divorce was an abusive tactic for the man to use.

The sources said that proposals for a law that everyone agrees on were submitted by associations and NGOs concerned with women’s rights and had been considered. They said that various opinions had been listened to and that this issue is of major interest as it affects the lives of citizens from cradle to the grave.

Some civil associations concerned with women’s rights say there are a number of laws which are harmful to women, such as the Nationality Law, the Personal Status Law, and especially laws regarding the issues of marriage, divorce, custody and other matters. This is in addition to some items stipulated in the Syrian Penal Code which display clear prejudice against women, such as Article 548, which stipulates mitigating circumstances for honor killings. They have raised their voices and called for the amendment of these laws.

The sources added that judges do not interfere in higher dowries but will if there is a smaller dowry and no guardian. In that case a judge will look into similar dowries such as the dowry of siblings of the husband and cousins and aunts to compare theirs and on this basis a judge makes a decision about whether to raise the dowry.

The sources said that the dowry was a woman’s right and therefore it should be maintained, adding that a judge looks closely into the issue of a dowry and the woman is asked to what extent she is satisfied with the dowry.

The sources said there were a few cases of large dowries coming to the courts, such as the husband recording a 100,000 pound dowry for the bride. They added that this sort of case occurred once last year and then again two weeks later.

In 2008, Syrian women groups and other civil society organizations formed a strong front to foil a regressive attempt led by influential clerics to impose a new Personal Status Law that was much worse than the existing one. At that time, the regime gave every concession to the clerics, especially in Damascus and Aleppo. In a rare incident, women got together in a strong coalition, including pro-government groups, liberal religious groups, and secular opposition groups to foil the draft. The regime, which now is trying to make any effort to wear an image of a secular façade, is trying to pass a new Personal Status Law that could be slightly better than the current one.