For a while, the de-escalation zone agreement held, but when it fell apart, the consequences for civilians were deadly reports The Syrian Network for Human Rights 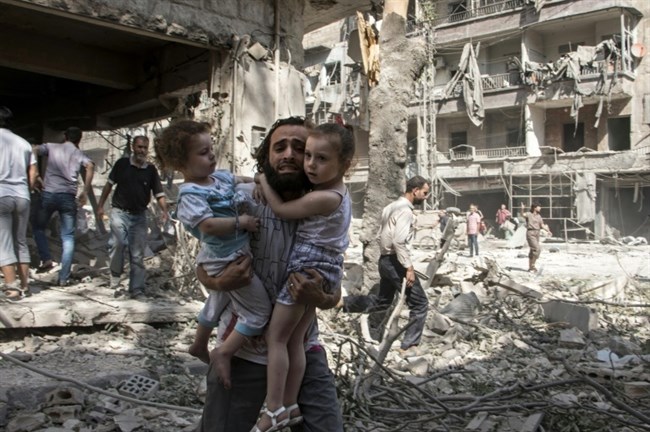 Since the de-escalation zone agreement went into force, the Syrian Network for Human Rights has closely followed the human rights situations and the crimes that were carried out by the parties who signed the agreement. In this respect, it has issued nine reports. The facts and monitoring have established that the forces of the Syrian-Russian alliance have been the primary and most prominent perpetrator of most of these violations. It is true that we detected a notable decline in the pace of killings, bombardments and destruction in the first four months, but a terrifying escalation in fighting began in Idleb province in September 2017 and then extended into the other areas included in the agreement until the agreement collapsed completely in eastern Ghouta and the northern Homs countryside. Since mid-June, the collapse has extended to include southern Syria as well.

On Jun. 13, 2018, we issued a report in which we documented the most prominent violations committed by the Syrian-Russian alliance in Idleb province, a year after the de-escalation zone agreement went into effect, that is, since May 2017 — the date that the de-escalation zone agreement began — and up to May 2018. The report showed that Idleb province alone had witnessed 32 massacres carried out by Russian-Syrian forces, and 223 attacks on civilian centers in the period covered by the report, according to the incidents which we were able to document.

In this report, we present details of a massacre carried out by forces thought to be Russian on the village of Zardana in the northeastern Idleb countryside, which resulted in the deaths of 52 civilians, according to what we were able to document. In this massacre, Russian forces relied on carrying out two successive airstrikes with the aim of killing the largest number of residents, including members of the Civil Defense Forces who were trying to remove the dead and rescue the wounded from the first attack.

Syrian-Russian forces have repeatedly employed a strategy of an intentional double attack, which will certainly result in striking emergency workers and people saved from the first attack. This is one of the aims of this type of barbaric attack, and since Russian forces entered in September 2015, we have observed it pursuing a pattern of repeated attacks dozens of times in various areas. The Syrian Network for Human Rights team has carried out a number of studies on this particular type of attack including all Syrian provinces and the incidents which we have been able to document in our database.

“The model of bombing civilians twice in the same area, with a great deal of indifference to any prosecution or accountability, has been confirmed. The criminal often tries to hide his crime through bombardment or fleeing, but in the Syrian tragedy we have witnessed a decline in human and legal values that humanity has not seen in modern times. The denouncement and exposure of this barbaric type of strike is the joint responsibility of all the world’s people and defenders of human rights around the world.”