Ahmed fled from Syria to Turkey when he was just 16, but his dream of graduating from university never left him writes Asharq al-Awsat 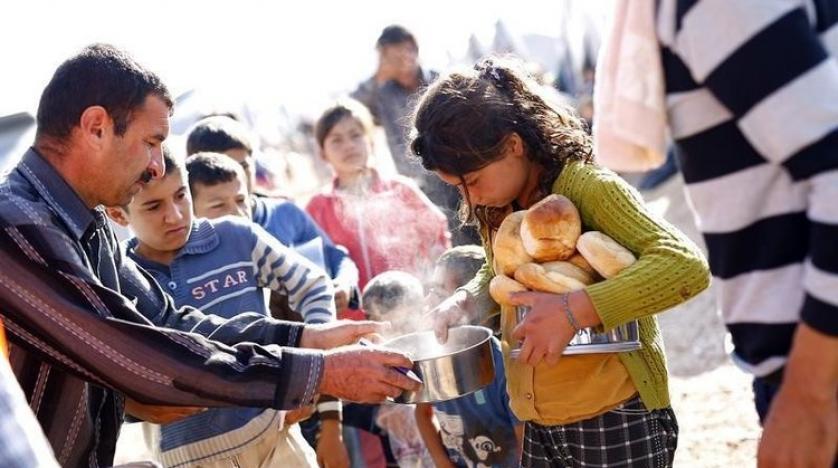 Ahmed, 22, and his family fled their home in the Syrian town of Dara Azza in 2012 and arrived in Turkey’s then newly opened Kilis 1 Camp for refugees.

At the time, he was a 16 year-old high school student with hopes to obtain a doctorate one day. But his dreams were dashed by the horrors of war, displacement and refugee camp life.

His dream came from his desire to fulfill his dead father’s wish. Ahmed’s father was a Syrian judge, who died in a car accident years ago.

Speaking to Asharq Al-Awsat, Ahmed recounts how the camp administration decided in 2012 to open up a school without clear insight as to whether it would be accredited in either Turkey or Syria.

For Ahmed, it was a life-determining factor given that he was in the 11th grade at the time and only a year shy from applying to university. After a break that lasted only six months, he returned to school.

He was the first student to enroll, along with five others, despite not knowing if their obtained certificate would be recognized by other academic institutions.

“I was learning Turkish, and I met students, who were mostly Turkish. The first year proved to be a real challenge for me to complete my studies,” Ahmed told Asharq Al-Awsat.

But learning a foreign language wasn’t about to stop his determination to earn a degree. He passed his Turkish language courses with high grades and successfully enrolled in the Faculty of Engineering.

Five years later, he graduated top of his class and third among the Faculty of Engineering students.

Kilis 1 Camp is located in the southern state of Kilis, where some 12,000 Syrian refugees live.

When scoping the camp’s life, nothing really stands out. Most Syrians staying at Kilis’ camps are experiencing a standard asylum-seeker’s life.

Many children are seen playing on the streets, women carry out ordinary activities, such as shopping for staples and goods, and men gather in front of camp management offices and exchange hot news.

The Turkish government gives every refugee in the Kilis camps 100 Turkish liras (around $30) per month in food stamps, free medical care and a chance at an education.

Turkey does provide commodity aid to Syrian refugees – however, it is distributed irregularly.

The total number of Syrian refugees living across 20 camps in Turkey’s south, according to the Interior Ministry's Immigration Department mid-July report, is an approximate 227,000.