Europe has embraced Rifaat al-Assad, despite his corruption scandals and his reputation as the butcher of Hama and Tadmor, Sam Hamad writes in al-Araby al-Jadeed. 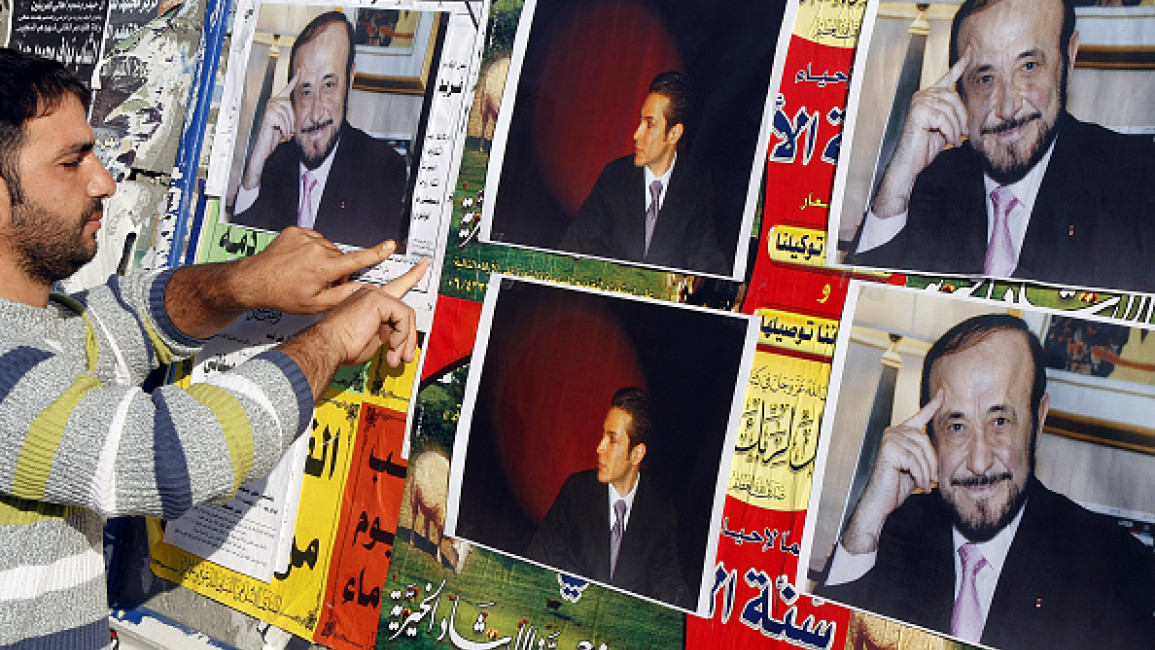 It is with a swirl of intrigue that Rifaat al-Assad has returned to Syria after his 37-year-long exile in France and Spain. The disgraced uncle of Bashar al-Assad was facing up to four years in prison after a French court convicted him of financial crimes, including money laundering as part of an organized gang, embezzlement of public funds, and aggravated tax evasion.

It was via so-called ‘Syrian friends’ in Belarus that Rifaat made his escape from Europe back to his homeland.

Though Rifaat’s family has remained firmly part of the ruling class in Baathist Syria, clemency for him was previously unthinkable, given his impressive yet failed coup attempt against his brother and then-President Hafez al-Assad in 1984.

To put the significance of Rifaat’s coup and its political ramifications in perspective, at the height of his power as a leading officer in the Syrian Arab Army, he commanded some 55,000 overwhelmingly Alawite paramilitary troops known as the Defence Companies. It was with these forces, loyal to him more than Hafez, and which included armored and airborne divisions, that Rifaat managed to capture much of Damascus in a bid to oust his brother.

However, while his attempt to seize control ultimately failed, the political aftershocks of his coup betrayed one of the least understood elements of the alleged sectarian dynamic of Baathist Syria.

Following the ostensibly Sunni Hama uprising and its ruthless crushing by Rifaat in the 1980s, to solidify Sunni support for the regime, Hafez named a council comprised of Sunni loyalists to run the country as the tyrant convalesced from heart problems. Though Rifaat was more stung by his exclusion from the council, he became the figurehead of a narrative of Alawite unease against and even betrayal by Hafez. This dynamic served as the ideological launchpad of his coup, but, again, despite its failure, even in exile Rifaat remains a powerful actor within the Alawite community.

It is possible that if not for Rifaat’s stature among Alawites, the most loyal base of the Assad regime, Hafez would have purged his treacherous brother. It could very well be that this is what lies behind Assad’s apparent mercifulness towards him. The Alawite community, excluding the elite cronies directly related to or close with Assad, has provided the regime with cannon fodder in Assad’s war effort for little in return.

With Assad’s rump state gripped by devastating economic woes, Alawites are not spared the brutal impoverishment, food scarcity, unemployment, and hyperinflation that blights all of Syria. Simultaneous to this massive plunge into poverty has been the enrichment of Syria’s regime-friendly kleptocrats, whether Alawite or Sunni. This has not gone unnoticed among the Alawite community, with grievances and tensions rising among them, showing for the first time a real crack in the edifice of what was considered as unconditional support.

Assad, thus, could have sensed an opportunity in calming or offsetting unrest among the Alawites as Syria’s economic situation worsens by allowing his well-respected uncle to return. It is certainly not due to latent affection between the two – Rifaat has always considered himself to be the rightful heir to Hafez’s throne, while he denounced Bashar’s enthronement as president in 2000 and claimed that he was the legitimate ruler. Likewise, he called on Assad to step down after the eruption of the revolution in 2011.

But Rifaat al-Assad is no kind of victim let alone a hero. Though he is now destitute, when he scuttled out of Syria in 1984, it was with $300-500m of looted Syrian public funds – it was with this money, and the connivance of European and Western states, that he was able to build an empire of property. That it was money laundering that brought him down is itself a scandal, given that, as leader of the Defence Companies, Rifaat gained the nickname the ‘Butcher of Hama’, when his forces allegedly murdered up to 40,000 people during the crushing of the Hama uprising. Moreover, there is considerable evidence that he was responsible for ordering the deaths of over 1,000 people at Tadmor prison, gaining him another grisly sobriquet, namely the ‘Butcher of Tadmor’.

The ‘Butcher of Hama’ and the ‘Butcher of Tadmor’ walks right into the heart of Europe, the self-proclaimed bastion of human rights and liberty, yet over almost four decades this kleptocrat and possible mass murderer is readily accepted into the European elites, travailing the most exclusive areas of London, Paris, and Madrid, as well as receiving the Légion d’honneur, France’s highest order of merit.

Despite the protests of many Syrian human rights activists, never once has any European government or global body attempted to investigate or indict Rifaat for potential crimes against humanity.

The best they could do was a list of financial crimes – better than nothing, you might think if it were not for the fact that France had seemingly let him simply leave. This itself ought to raise questions about the involvement – or perhaps very deliberate lack of involvement – of the French state in his escape. Given his profile, you would think the French authorities would have had him under surveillance, but Rifaat al-Assad was very much an insider.

It is well known that France, with its previous and current imperialist pretensions in the Levant, had used Rifaat as a source of information against Hafez during the Lebanese civil war and even was thought of him as a potential pro-western successor to his brother if the opportunity arose to install him. The increasingly realist and populist government of Emmanuel Macron may see him as a source of stability in the country. Or perhaps the French state simply let one of their formerly fruitful assets go?

Regardless, whether it is the gross-but-structured avarice of the global rich glimpsed by the Pandora papers or indifference to ongoing acts of genocide, this is not an age of accountability. In the case of Rifaat, we have one ultra-rich, kleptocratic mass murderer being reinstated in a regime that is more kleptocratic and murderous than ever before.

Remarks by the Observer: Sam Hamad is PhD student in History at the University of Glasgow, focusing on totalitarian ideologies.