Ramzy Ezzeldin Ramzy offers in his op-ed two tracks for a political settlement to end the conflict in Syria. 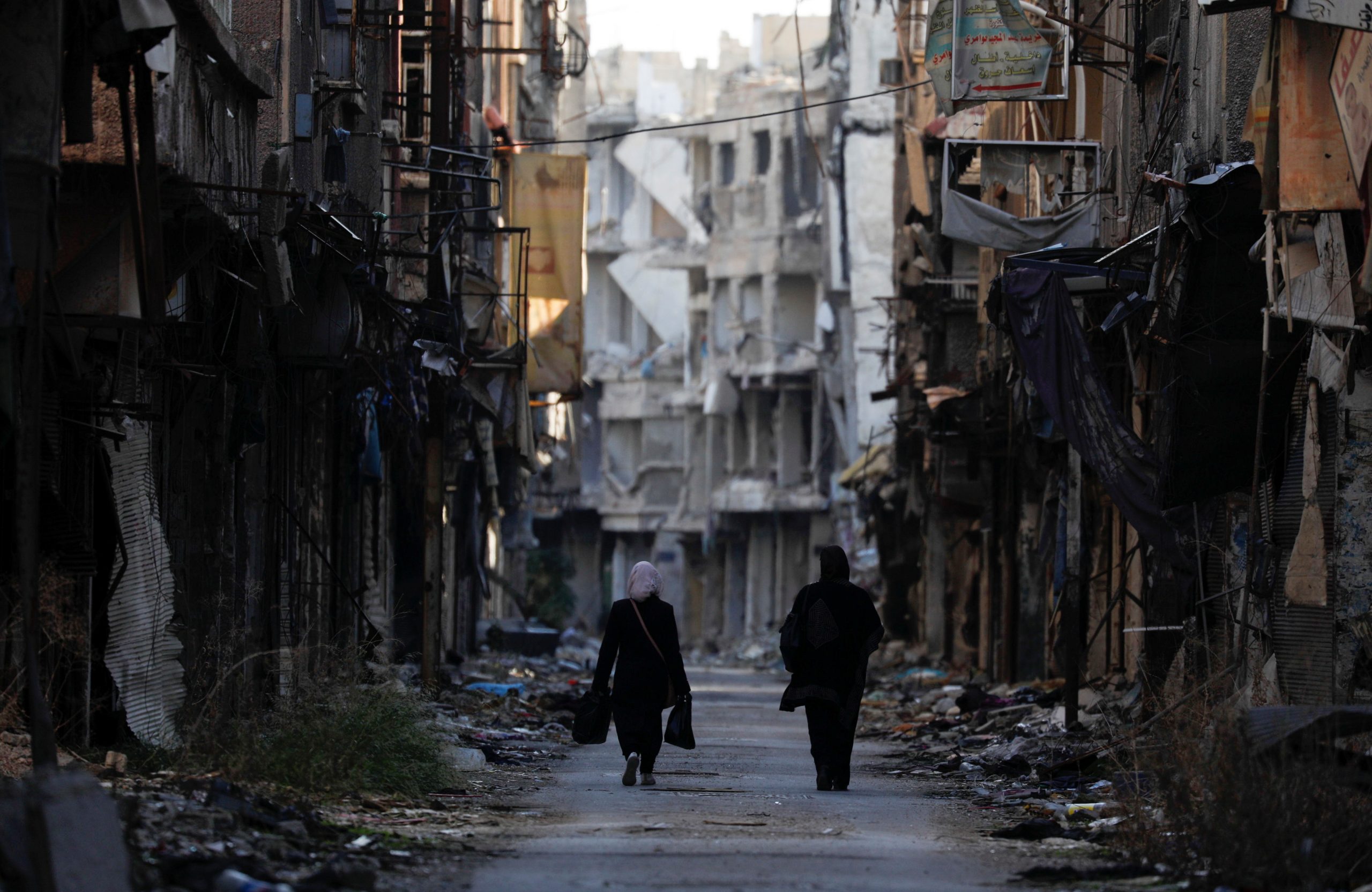 Internal problems, as well as regional dynamics, converged to bring about the Syrian tragedy.

Foremost amongst the domestic reasons is the nature of the regime that has ruled Damascus for decades. A regime caught in a time warp refusing to exhibit the flexibility and imagination required to deal with the grievances and aspirations of its people as well as to navigate the treacherous currents that dominate the transition in the evolving international order.

On the other hand, the Syrian conflict offered an opportunity for various regional as well as international players to further their national interests in the region, be it through overthrowing the Damascus regime and replacing it with another friend, or through facing Iran’s ambition in the region.

Now that regime change in Damascus is no longer on the table, but rather how on the one hand to entice Damascus to alter its domestic and foreign policies, and on the other how best to address the matter of the foreign military interventions that have exacerbated the conflict and transformed into a proxy war between regional and international rivals.

Although the past decade proved that the Syrian conflict is one of the most intractable problems, however, reaching a settlement in Syria is possible if there’s a political will to create two mutually reinforcing dynamics: the first, an internal dynamic designed to produce a constituency for orderly change in Syria, and second an external dynamic that addresses the issue of foreign military interventions, primarily the Iranian, Israeli and Turkish.

The internal dynamic can be generated by the creative implementation of resolution 2254. This requires addressing two issues that have been so far sidestepped in the political process.

First, the specific political reforms required for the full implementation of UNSCR 2254 and how to link them to the process of reconstruction. Second, a clear and practical definition of what constitutes “Political Transition“.

I have long advocated that an Arab initiative was necessary to accelerate a settlement in Syria. It would be based on a package deal to be implemented on a step-by-step basis. Linking reconstruction and reintegration of Syria in the Arab and international community, with concrete steps to be taken by Damascus in the implementation of UN Security resolution 2254 (Article in Asharq Al-Awsat, December 19, 2019 ).

Specifically, the range of activities that make up the spread from stabilization, early recovery, and rehabilitation up to reconstruction should be carefully calibrated with political and economic reforms in Syria.

The matter of “Political Transition” will perforce be dealt with in such a process.

On the other hand, the external dynamic addressing the foreign military interventions in Syria requires as a starting point an understanding between Moscow and Washington. While a necessary condition, this is not sufficient. The Arab countries, particularly those who have a direct stake in the stability of Syria such as Egypt, Iraq, and Jordan should be able to move on two tracks. The first is to present an initiative for a political settlement in Syria that would capture the attention of both Moscow and Washington and thereby propelling a solution to the conflict to an advanced position in the many issues they are discussing and, second ensure that the issue of Iranian and Turkish presence and influence in Syria and Iraq is addressed as part of the ongoing discussions to improve relations between the Arab countries on the one hand and both Tehran and Ankara on the other. It will also necessitate serious discussions between the Arab countries and Damascus linked to the issue of reconstruction.

Meanwhile, Iran’s and Israel’s regional behavior will remain a matter of concern for Arab countries until its threats to countries of the region are reduced to a manageable level. Ultimately, the best way to address the security concerns of the countries of the region is a regional security system where all sides can find a balance to their interests and security concerns. The best means to arrive at such a result is through an OSCE inspired process, taking into consideration two major differences: there are occupied lands and peoples on the one side, and on the other, there’s a country that owns a nuclear weapon, while another country is trying to possess the technology that allows it to build it.

This needs a well-structured step-by-step approach with the clear objective of the establishment of a zone of security and cooperation free of weapons of mass destruction. In this context, a viable Palestinian state is to be created in line with the two-state solution and the freeing of all Arab lands occupied by Israel.

Meanwhile, Tehran must be made to understand that any further destabilizing actions on its part will come at a price. Same for Ankara. This is best achieved through a policy of containment which requires cooperation between the Arab countries, the US, and the EU. It is not inconceivable that Moscow would join, in one form or the other, in such an arrangement.

The interaction between the internal and external dynamics should accelerate the conditions conducive to a political settlement in Syria.

We should not allow the obstacles that prevented a political settlement in Syria to undermine the recent developments that give rise to optimism that breaking the logjam in the political settlement is possible. First, there is hope for a U.S.-Russia re-engagement on Syria that was lately manifested in the compromise agreement reached on July 9, 2021, that made possible the adoption of the Security Council resolution 2585 on the extension of the cross-boundary aid to Syria, which includes comprises from both Moscow and Washington. Apparently, also a regional realignment is taking place. Gulf countries now are considering resuming relations with Damascus, and it appears to be ready to open up to Tehran. On the other hand, the Gulf countries and Egypt appear to be more open to mend their relations with Ankara. Also, there is the possibility to restore the nuclear deal with Iran, which would lead to talks on regional security.

Ankara after pursuing a policy of regime change in Damascus has scaled back its ambitions to protecting itself against what it considers is a Kurdish threat to its territorial integrity.

The Biden administration has taken a more pragmatic position concerning the region. It appears more interested in finding political settlements to the conflicts in the region, be it Iran, Yemen, Libya, or the Palestinian- Israeli conflict.

The failure to seize this opportunity will permit both Iran and Turkey to become more entrenched in Syria and will result in a failed state in Syria divided into zones of influence. The majority of the territory and population governed by Damascus. Parts of northern Syria under Turkish domination and east of the Euphrates controlled by the SDF with U.S support. This is not a formula for long-term stability. No leadership in Damascus can survive if it accepts such an arrangement. But probably the most dangerous long-term consequence for the future of Syria will be the dramatic acceleration of the migration of the best and brightest amongst the educated youth. Without them, there will be no chance to rebuild a modern and prosperous Syria.

If Syria collapses as a nation-state, the entire region will be further destabilized. In fact, the state system in the Levant may well come to an end. There will be no prospect of stability in Lebanon, the possibility of building a unified Iraq will shrink, and Jordan will come under increasing threat that would destabilize it. With an unstable northern tier, it will be a matter of time before Arab countries become under unprecedented threats. Even Israel will not be spared. And the world will be sucked in to contain the ramifications of unstable Middle East, and thereby initiating a new vicious circle of instability that the people of the region will pay an even higher price than they are now.