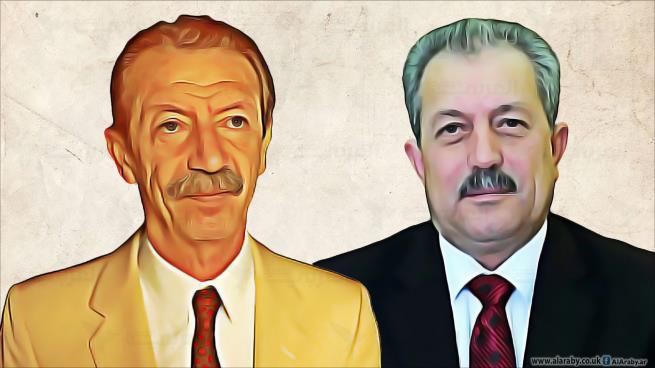 In January 1979, with the Iranian revolution against the Shah’s rule at its apex, the embattled ruler played the last trick up his sleeve. The Shah appointed a new prime minister, a lawyer and academic who had a role in Iran’s history through his work with Iranian politician Mohammad Mosaddegh during the latter’s short government lasting from 1951 to 1953. That new prime minister was Shapour Bakhtiar.

In the short period before Ayatollah Khomeini’s return from Paris exile, which heralded the end of his own short government, Bakhtiar introduced a number of reform measures that could have established an alternative for Iran. That alternative included ridding the government of the Shah’s widely hated rule without falling into the trap of sectarianism and opaque theocracy, which has since exported revolutions and pain throughout the region. Among his reforms was the dissolution of the SAVAK—the deadliest and most feared secret police force at the time—as well as releasing political prisoners, lifting censorship of the press and licensing a number of opposition newspapers.

However, when he returned from France at the beginning of February 1979, Khomeini refused to walk a path of a moderate and gradual change. His entrance in Tehran was like that of a conqueror, carrying with him a radical program that he did not attempt to hide or dress down in appeasing colors. Khomeini refused to work with a secularist, leading to the end of Bakhtiar’s government. One day that April, Bakhtiar disappeared, having managed to flee to France just as another moderate liberal figure, Abu al-Hassan Bani al-Sadr, the first president of the Iranian Republic, would also do less than two years later.

From exile in Paris, Bakhtiar would establish the National Movement of the Iranian Resistance and survive two assassination attempts before Iranian agent Ali Vakili Rad—acting on orders from the Supreme Leader—killed him with several knife wounds to the chest in the former prime minister’s home in the Paris suburb of Suresnes.

On Jun. 10, 2020, of this year, Syrian president Bashar al-Assad removed Prime Minister Imad Khamis from his posting, in a dramatic move just one month before the People’s Assembly elections. Assad then replaced him with Hussein Arnous, appointing the latter as head of that same government until the elections.

There are similarities between the two examples. The Shah wanted to play his last card to preserve what he could of his rule. He knew that his days were coming to an end, and he would leave just days later to Egypt, where he would reside as a guest of his friend Anwar Sadat until his death. He had offered his final concession to rescue what remained of his rule or guarantee that he could perhaps return soon after leaving Iran.

Bashar al-Assad possesses neither the Shah’s intelligence nor strength of character. He may not yet realize the size of the catastrophe that he himself has wrought by destroying his country, killing and driving millions of people from their homes. But Syria is not Iran, and while the Shah of Iran was a decision maker, Assad is not, and there are those who map out the country’s politics on his behalf.

The similarity lies in Arnous, who, like Bakhtiar in Iran, will be the last prime minister of Assad’s Syria. Arnous will look for a place of self-exile, which will certainly not be France. Nobody knows what his end will look like, though it will be very far from Bakhtiar’s.

On the other hand, there are great differences between the two examples. Where the Shah brought in a respected man with a long history of opposition political work, Assad appointed a caricature, a man who has no ability to run matters in a normal country, with a normal economy and functioning living conditions, markets, ministers and officials—let alone a collapsed country like Syria.

Assad wanted to suggest that the cause of the problem was former Prime Minister Khamis, so he removed him from office and replaced him with Arnous. Khamis had no real political, economic or security leadership—all of that power was in the hands of the ruling family, security apparatus, Russia and Iran. So Assad expelled him, putting in his place another puppet with no real power, whose fate will be even worse than that of Khamis.

Arnous has no history of corruption, but he doesn’t have the leadership sense or charisma to make any breakthrough. Arnous was a minister in the Assad government as his boss bombed his neighbors and brothers in Idleb governorate, while he failed to move a single muscle.

Frankly, I feel a little bit of sympathy for Arnous, despite him not deserving any sympathy. Appointing someone to become prime minister of Syria just as the Caesar Act comes into effect is like using him as a human shield for the gun pointed straight at you. Assad believes that by offering up a new target he may postpone the judgment of history—but this will be in vain.