The UN’s team stationed in Damascus has been accused of failing to perform their duties and instead spending their time drinking and eating sushi writes Al-Watan. 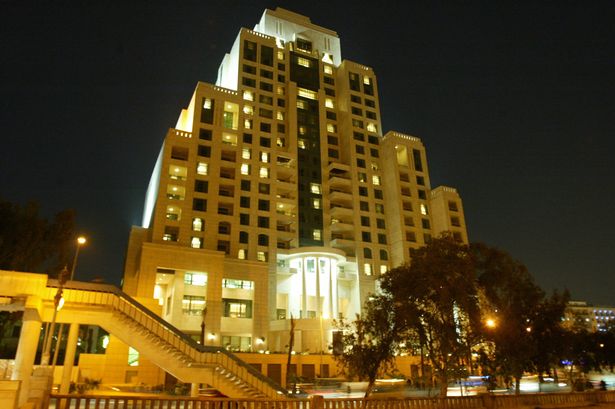 Members of the United Nations staff deployed in Syria send daily reports from their Four Seasons residence in Damascus to the secretariat in New York to complain over the paucity of information that’s preventing them from performing their mission.

According to sources from the Four Seasons Hotel, the UN staff spend their time holding short meetings to find ways to reduce hotel expenses despite receiving their per diems that cover their stay. The UN team would later spend the night in one of the hotel’s wings drinking, dancing, entertaining themselves and ordering sushi, while also complaining about the price, the sources affirmed.

None of them took the initiative to go out to the street and study the suffering of Syrians see and how their lives are affected by the unilateral coercive measures imposed on Syria by the United States and Europe, which the Secretary-General of the United Nations have urged lifting or easing of, in light of the deadly pandemic.

It is remarkable and yet distressing to see how the UN mission in Gaziantep supported Idleb with 67 aid trucks, while the Damascus team is busy saving money, without performing the core mission that it came for, which is to provide help to the Syrian people, especially amid the current crisis.

The UN was expected to put all possible efforts in Damascus, to monitor citizens’ needs from aid and medicine, however, its team argues a lack of information, even though the Ministry of Health has provided all the necessary data, while a look at the markets clearly shows the crazy hike in prices because of closed borders and the decline in imports.

It is truly unfortunate to discover that the sole desire of this team in Damascus has been to make money and have a good time in the Syrian capital. This brings us to this question: Is the role of the United Nations impartial? Or is it biased to some Syrians according to their stances? More importantly; if not to help Syrians, all Syrians, what are they doing in Damascus?

A question for New York to answer.